A Visit to the Louxor – Palais du Cinéma

Recently our Executive Director Alex Nerad was in Paris, France and made a special trip to visit the Egyptian Theatre located there. 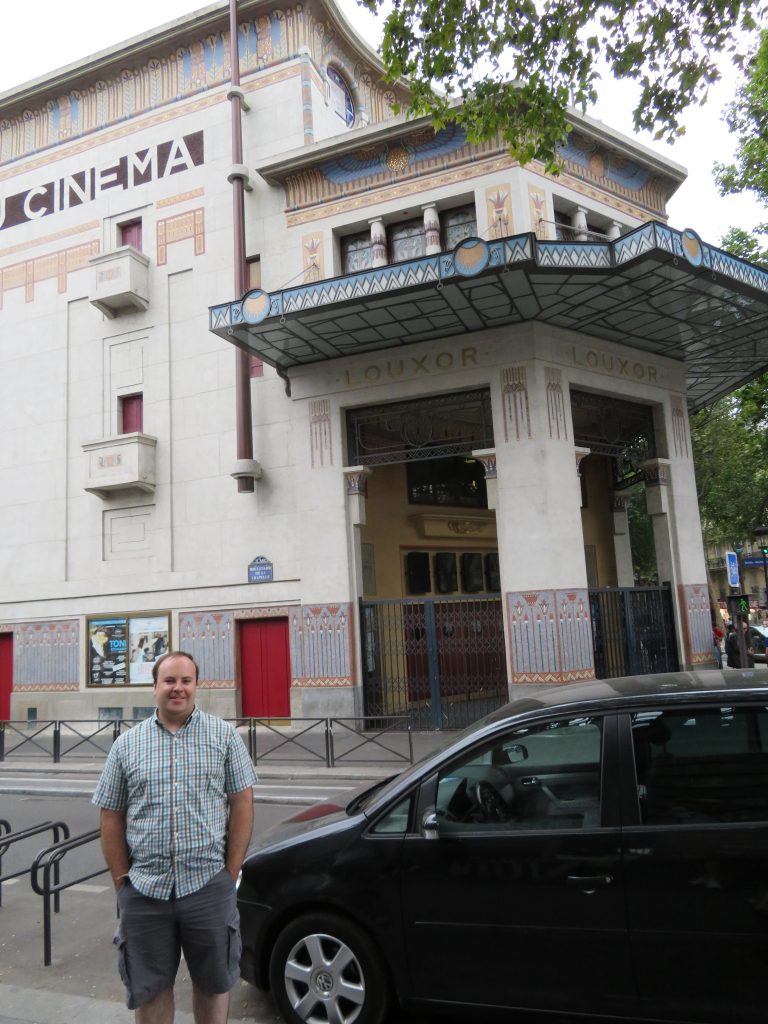 Over 4 years ago Jean-Marcel Humbert with the Louxor – Palais du Cinéma in Paris, France reached out to me as they were renovating the Egyptian Theatre located there.  We communicated back and forth via email throughout their renovation efforts. 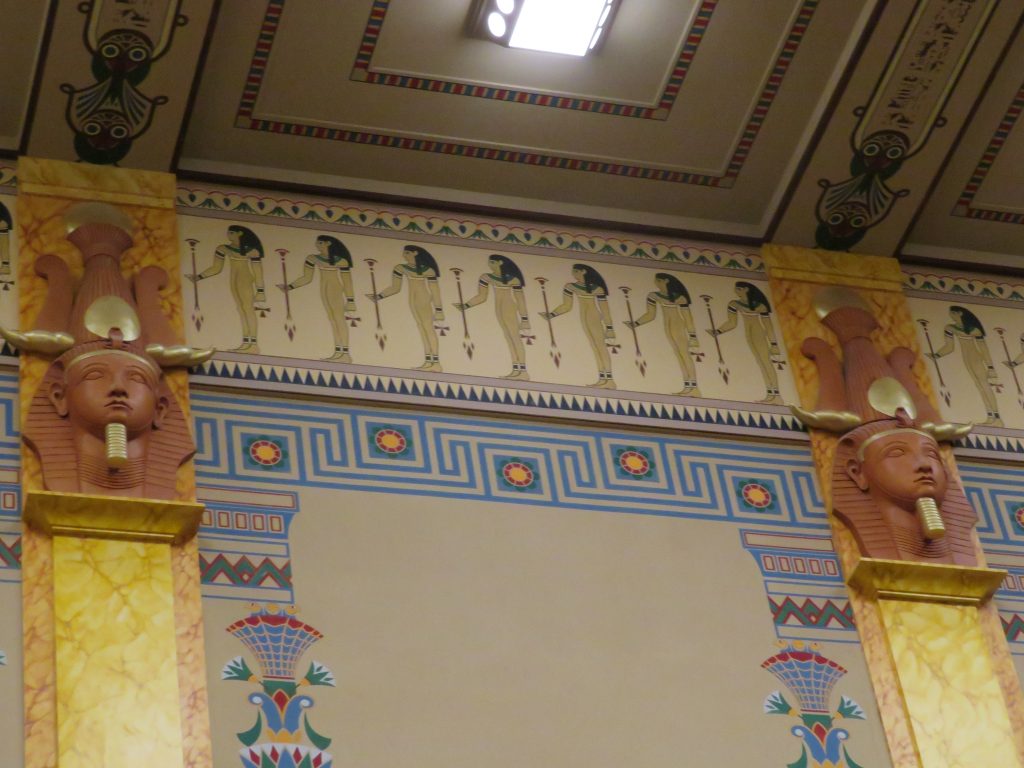 The Louxor opened in 1920 and showed films through 1983 when it closed.  It turned into a nightclub and deteriorated quickly through the years.  In 2001 area residents formed a group to try and save the theatre.  In 2010 work finally began to restore the theatre and reopen as a cinema.  The Louxor reopened April 17, 2013. 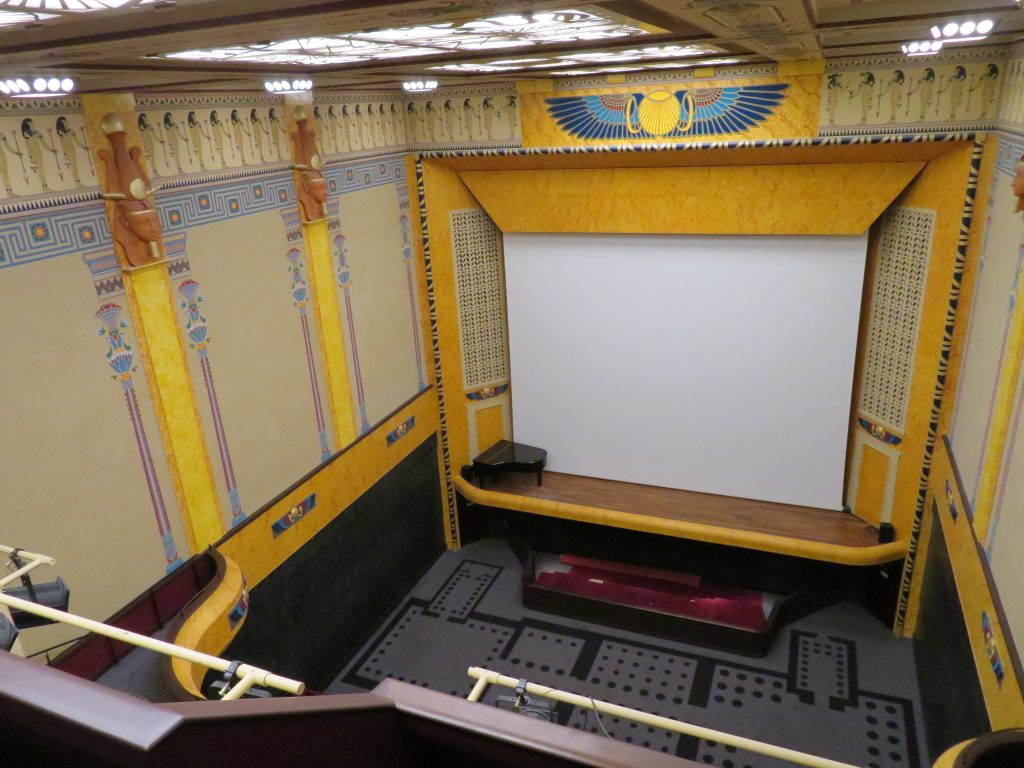 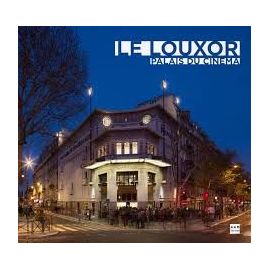 The Friends of Luxor have done important work of researching the history of the Louxor.  For the grand re-opening of the Louxor in 2013 they published a book by AAM (Archives d’Architecture Moderne, Brussels) under the leadership of Egyptologist Jean-Marcel Humbert and architect Philippe Pumain.   This book brings together a lot of information gathered by the association.  A special part of this is that the Egyptian Theatre in DeKalb, IL was featured in the book with photos that we provided them. 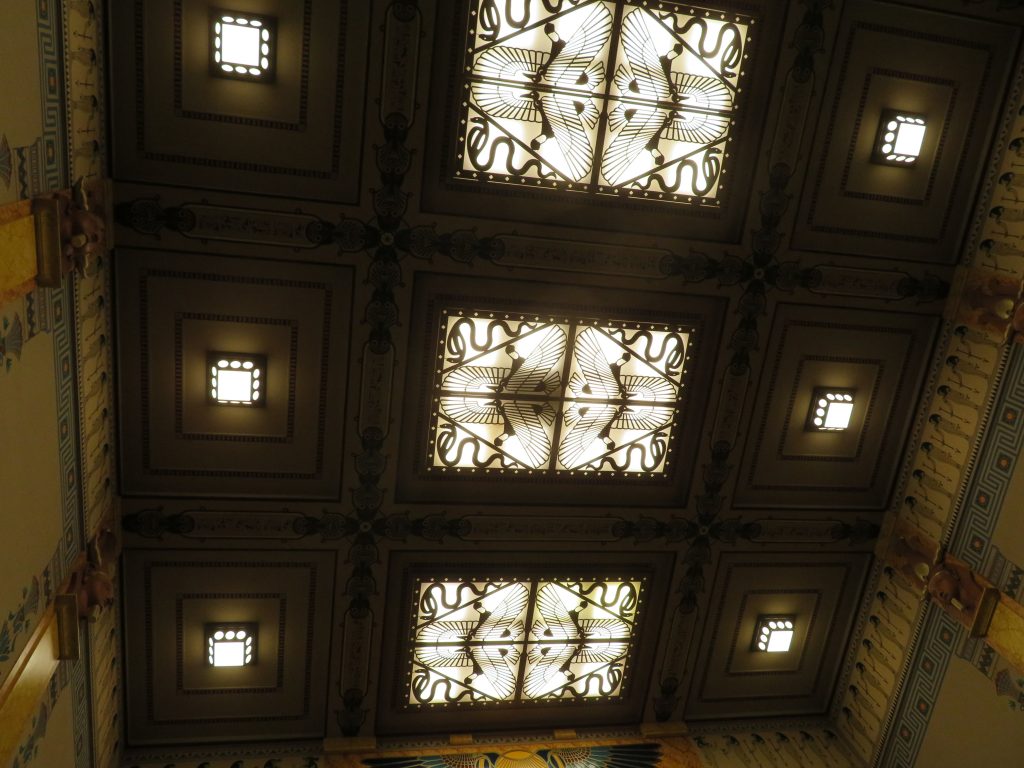 Even with a slight language barrier I had a wonderful time touring the Louxor with their staff.  Most of their staff had visited our website and keeps up with what we are doing here.  It was a great reminder that our jewel in DeKalb is treasured all around the world!

It is a beautiful space with lots of history.  The restoration they completed looks fantastic and you can tell it is a very special place for that community.  They show films 5 times a day 365 days a year.  Check out their website and Facebook page for more information. 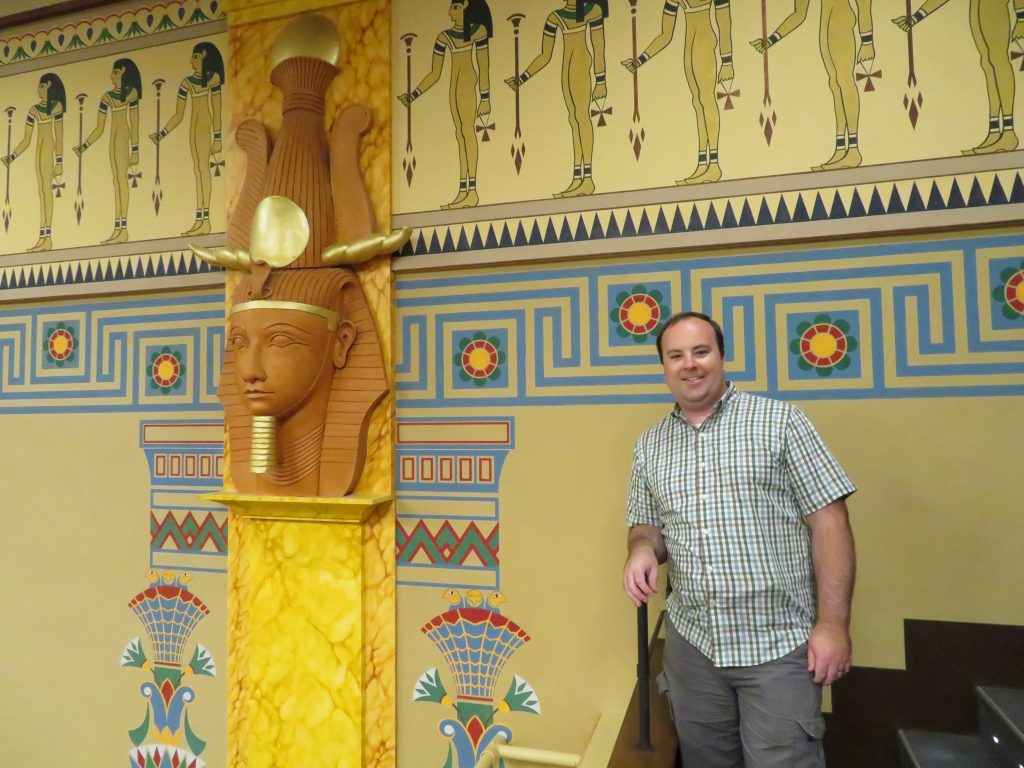 Thank you Louxor – Palais du Cinéma for the special tour!

For more pictures from my visit check out the photo album on our Facebook Page.