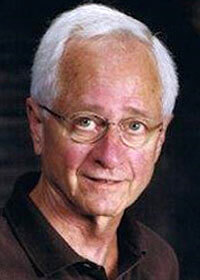 Naremore will offer a retrospective on the career of Orson Welles, who is among Hollywood’s most famous actors, writers, directors and producers. Welles co-wrote, directed and starred in his most critically acclaimed movie, “Citizen Kane” (1941), often ranked at or near the top of compilations of the greatest films of all time.

Naremore’s talk, which will include discussion of Welles’ time spent outside of the United States and his contributions to media other than film, will be held from 5:30 to 6:30 p.m. Thursday, Nov. 19, in Cole Hall 100, with a reception and refreshments in the foyer beginning at 5 p.m.

In honor of Naremore’s presentation, DeKalb’s Egyptian Theatre will host a screening of Welles’ last major film project, “F for Fake” (1973), a documentary on art forgery, authorship and authenticity. The film will be screened at 7 p.m. Tuesday, Nov. 17, with doors opening 30 minutes in advance.

Both events are sponsored by the NIU Graduate School and Graduate Colloquium and the departments of English, Communication and History, as well as the Phi Kappa Phi Honors Society.