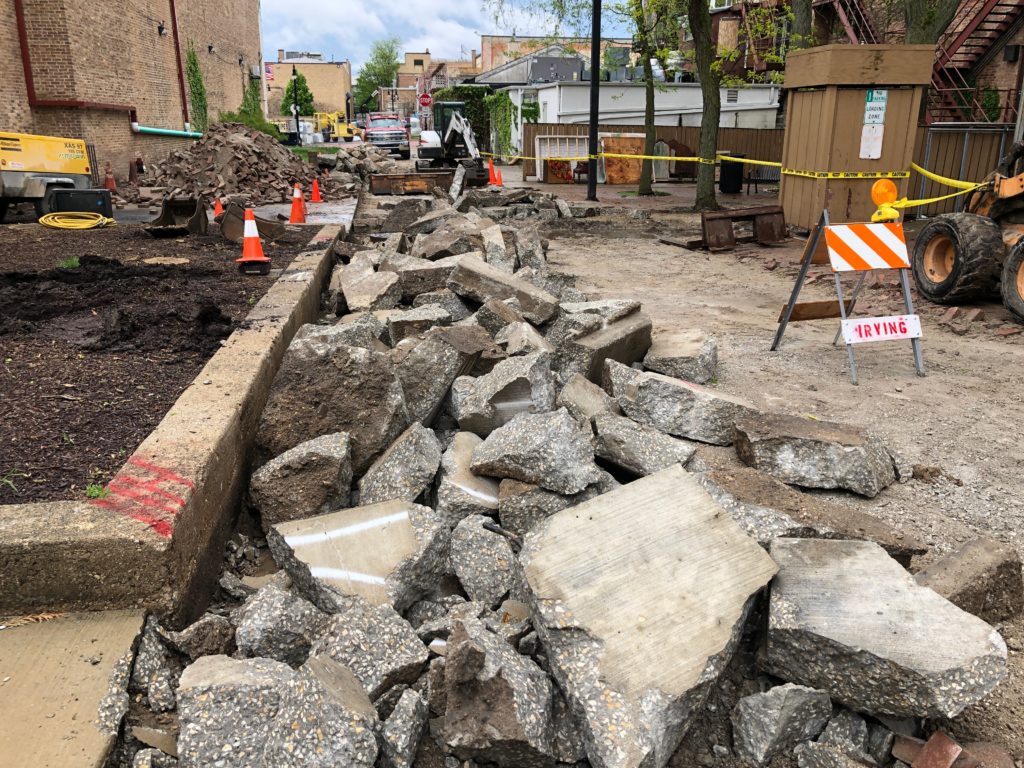 Demolition of the pavement in Palmer Court began today. Wagner Excavating began removing the brick and concrete in the alley starting early this morning and continued through the afternoon. Their efforts continued despite a few brief rain showers.

A lot of work had already occurred in Palmer Court before today’s demolition began. The dumpster enclosure, trees, City of DeKalb light poles and benches have all been removed. Temporary alley lighting was installed along the outside wall of the Theatre before the City lights came down in order to make sure there were no nights where the alley wasn’t lit. 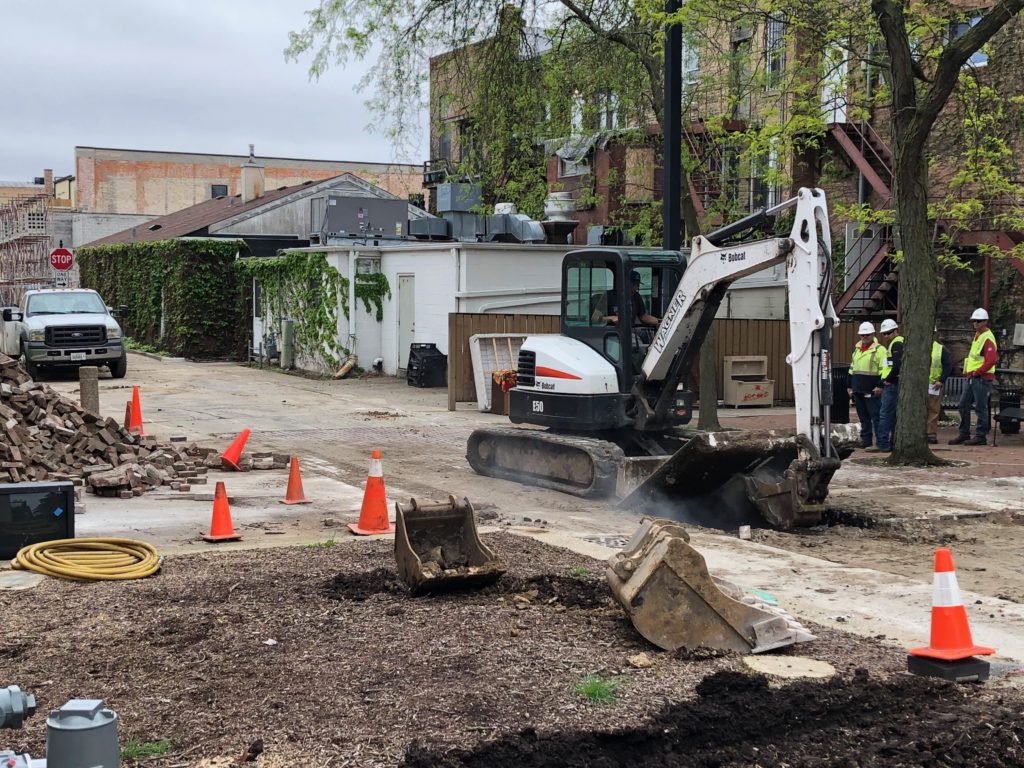 The dumpsters have been relocated to the west end of the alley during this heavy round of construction. This location was chosen so that they dumpsters are out of the way and also so LRS can continue their pickup services to these dumpsters.

The alley will have limited pedestrian access from 1st to 2nd streets through most of the construction, but will be closed to through traffic. Pedestrian access may also be closed during the day while construction is underway for safety but will reopen for the overnight and weekends. Current estimates are to have the alley back open to regular traffic by October 1. As with all construction, this schedule is subject to change due to weather and unforeseen circumstances. 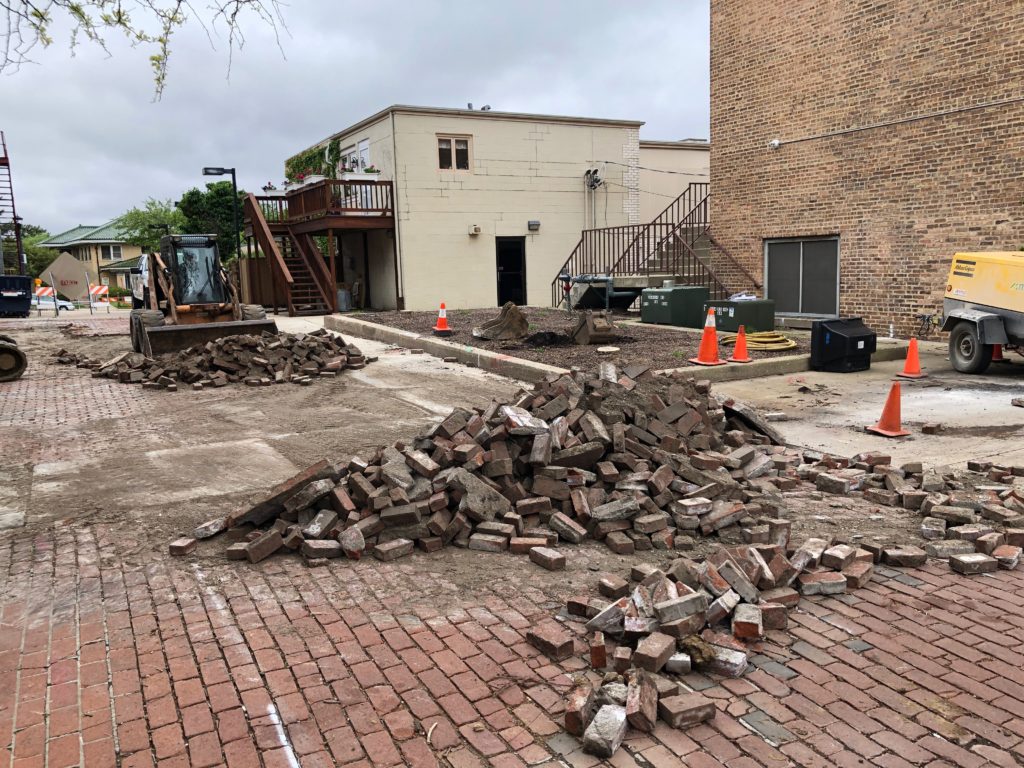 This entry was posted in Expanding Beyond 90 Years and tagged featured. Bookmark the permalink.