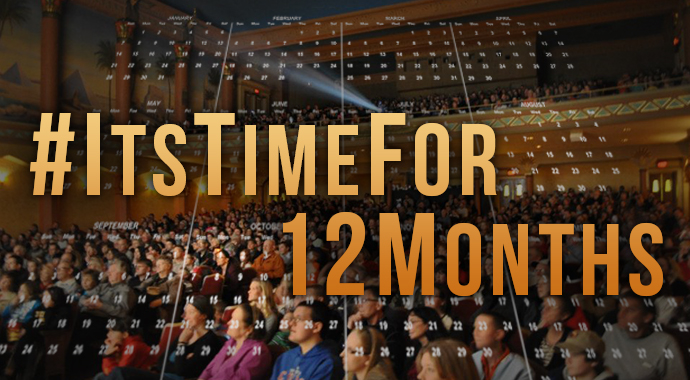 Facts and Timeline of Air-Conditioning Discussion

The discussion of air-conditioning the Egyptian Theatre has been a long process that started in 1929.

1929 – The stock market crashes in October 1929 during construction of the Egyptian.  Funding becomes limited and they must finish the project, get the doors open, and start making money.  While many theatres around that time were getting air-conditioning as they opened, the Egyptian Theatre does not.  Additional support spaces for the theatre are also cut, resulting in a finished theatre lacking important spaces such as office space, storage, meeting space, and more.

1983 – A complete restoration takes place after the theatre has fallen into disrepair.  It is nearly condemned and scheduled for demolition.  Thankfully, a group of concerned citizens in 1978 creates the non-profit that continues to own and operate the Egyptian today.  With a grant from the State of Illinois, a restoration takes place during 1982-1983.  There isn’t enough funding available at the time and so air-conditioning the Egyptian once again has to be cut from the project.

May 2011 – The Downtown DeKalb revitalization project is completed ahead of schedule and under budget.  With the project coming in under budget, there are funds remaining in the construction bonds that need to be used.  ReNew DeKalb and the City of DeKalb approach the Egyptian Theatre about utilizing some of the remaining funds to help with some transformational projects at the Theatre.

The Egyptian Theatre and the City have long identified air-conditioning as a significant need for the Theatre.  It would help maintain the Theatre’s interior improvements and protect them from high temperatures and humidity.  It would transform the Theatre into a year-round attraction that would draw business to the City’s downtown consistently.  In 2011, the Egyptian Theatre conducts some very preliminary review into what the costs of installing air-conditioning systems for the building would be.  A local contractor provides a rough estimate of costs, indicating that it might cost approximately $500,000 for installation of a system.

Both the City and the Egyptian fully support the installation of air-conditioning.  Both parties recognize that further engineering and cost verification are required before the project can proceed.  Given the unique nature of the historic structure, it is important to preserve as much of the natural beauty of the Theatre as possible.

Fall 2011 – Planning begins with an architect to search for a qualified MEP (mechanical/electrical/plumbing) engineering firm to design and bid the air-conditioning project.

February 2012 – The Egyptian Theatre issues RFQ (request for qualifications) from MEP engineering firms for the air-conditioning project.  A committee of Egyptian Theatre board members, staff, and community members evaluates all the proposals submitted and selects a firm deemed to be the most qualified.  Design and engineering for the project begins and takes months to complete before having a package to put out to bid.  Every possible system and installation method is explored.  Experts within the community and from NIU are utilized to help evaluate the designs.  The Board of Directors gives a few directives to the engineers designing the project.  The project must be affordable to install; the design must be for a system that is affordable to operate and maintain; and the design must protect the historical integrity of the building, making it appear that the work has always been in place since 1929.  Initial estimates by the engineers after designing the project put the project cost around $1.5 million.

August 2012 – The air-conditioning project is publicly bid and 3 contractors submit bids.  The 3 bids received are $2,086,000; $2,092,354; and $2,256,000.  These bids come in significantly higher than what the engineers on the project had estimated prior to putting the project out to bid.  Since the 3 bids are fairly similar to each other, the Egyptian Theatre Board of Directors feels confident that these are accurate bids.  However, the Theatre Board asks for the project to be re-bid with phases as an option to try and get the project cost down.

October 2012 – The project is re-bid and the same 3 contractors submit revised bids.  The revised bids are only to air-condition the auditorium, which was not suggested by the engineers as it would not address the public lobby areas or stage.  This is a makeshift attempt to complete something with the funds that have been made available and get to a situation where the theatre could potentially be open through the summer for events.  The 3 revised bids come in at $1,497,650; $1,498,500; and $1,596,340.  With all three of these bids still more than $1 million over what was granted by the City of DeKalb, the Egyptian Theatre Board of Directors has no choice but to not move forward with air-conditioning.

December 2012 – After exploring all options, the Egyptian Theatre Board of Directors submits a letter to the City of DeKalb officially requesting that the funds granted to the Egyptian Theatre for air-conditioning be used for another priority project, which is to install a sprinkler system throughout the Theatre providing 100% coverage.

March 2013 – The DeKalb City Council approves the request to reallocate the granted funds to the installation of a sprinkler system throughout the Theatre.  This project is completed during the summer of 2013. The Egyptian Theatre Board of Directors continues to search and apply for grants for the air-conditioning project.  Private foundations, state and federal grants are all explored without success.

Spring 2015 – With 6 years remaining for the Central Business TIF District, the City of DeKalb starts working on a phase-out plan for the remaining funds in the TIF district.  Aware of the importance and impact that air-conditioning the Egyptian Theatre would have, the Theatre and the City work to develop a plan for funding this much-needed improvement.  The Egyptian Theatre reaches out to the design team from 2012 and asks for some updated project numbers factoring in inflation.  There have been some code changes and technology advances since the design of 2012.  Conservatively, the project is being estimated around $2.5 million.  The design and engineering will have to be updated to meet current code and take advantage of technological advances.

June 2015 – The DeKalb City Council is asked to vote on whether to approve funding for the updated design and engineering for the air-conditioning project.  The Egyptian Theatre Board of Directors is adamant about having actual numbers in front of us for all to be able to make informed decisions on moving forward.  Initial funding is requested to move forward with the updated design and engineering for this project.  The project would have been publicly bid to have up-to-date numbers for the basis of discussions with City Council in early 2016 to approve funding for the air-conditioning project.  If the project funding had been approved in 2016 then construction would have begun and the goal was to be completed by the summer of 2017.

Instead, the DeKalb City Council votes to approve funding for a feasibility study to see if air-conditioning is needed and if there will be a return-on-investment to the community.

Fall 2015 – A request for proposals for a feasibility study is posted and multiple proposals are submitted by consultants.

January 2016 – A final consultant proposal is presented to the DeKalb City Council and approved.  The feasibility study gets underway and is supposed to be completed by June 2016.

January 2017 – The final report is completed and presented to the DeKalb City Council.  The study clearly identifies that air-conditioning is needed along with expanded front-of-house and back-of-house support spaces, that the Theatre needs to be open year-round, that it has a tremendous positive impact on the community, and that there is significant growth potential if appropriate resources are available.  There are other recommendations that the Egyptian Theatre Board of Directors does not agree with and they ask for some time to thoroughly evaluate the 100+ page document and provide a response to the City of DeKalb.

2018 – Community support swells for the Egyptian Theatre’s request of TIF dollars to make the necessary upgrades to be open year-round and expand support spaces for patrons.  The request to City Council is delayed due to ongoing TIF discussions regarding a possible new TIF district.  In December, the City Council asks for the Egyptian Theatre funding request to be brought forward for consideration.

The Egyptian Theatre Board of Directors is focused on providing accurate information to the public and to the City of DeKalb.  It remains our goal to be open and transparent with everything we do utilizing public funds.  We are extremely appreciative of the continued support from the City of DeKalb.  We are happy that they recognize the important role the Egyptian Theatre plays in the cultural and economic landscape of not only the Downtown, but the entire community.