The Egyptian Theatre Board of Directors is excited to announce four new members that have joined the board in February.

Jim is the President and Owner of Provident Direct Inc., a Printing and Mailing Services company in Sycamore.  Jim has over 20 years of experience in marketing, direct mail and print production. Jim is a DeKalb High School graduate and has been a Sycamore resident since 2005.  He previously served as the Treasurer for the Sycamore Youth Baseball league and is currently an assistant coach for the Kishwaukee Valley Storm Softball organization.  Jim and his wife Susan have two children, Jack and Hannah, who attend Sycamore schools and are very active in sports.  When not working or watching his kids play sports, you are likely to find Jim fishing, golfing or cheering on the Chicago Bulls.  Jim believes the Egyptian Theatre is an interesting and unique landmark in DeKalb County and he looks forward to providing business expertise to help its future growth and success.

A native of Seaford, N.Y., Rice earned his bachelor’s degree in public relations from Grand Valley State University in Allendale, Mich., in 2008. While at Grand Valley, Rice worked as a marketing assistant and served as the director of the GVSU Laker Nation, the official student section of Laker Athletics. He earned his master’s degree in sport management from the University of San Francisco in 2010.  In his role at NIU, Rice oversees the Huskie Athletic Fund, which is the fundraising unit responsible for supporting critical aspects of the NIU Athletics department. Prior to NIU, he has a similar fund-raising role at San Jose State University.  Rice grew up in New York and throughout his life has been drawn to boutique cinemas. During college he volunteered for a summer at the Traverse City Film Festival in Northern Michigan and at the Tribeca Film Festival in New York City.  Rice is engaged to Kerstin Kraft, a licensed Architect with Perkins+Will in Chicago. Hobbies include traveling, bicycling, various forms of art, camping and hiking. 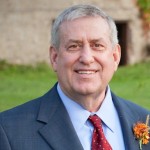 Dan and his wife Kathy moved to DeKalb in 2014 to be closer to family.  Dan taught junior high English and then finished his career in the employee benefit consulting business.  His firm, Chapman Schewe Benefits Consulting in Houston, Texas was sold in 2012 and Dan retired. After being very active in the non-profit community in Houston for over thirty years, Dan continues this community service tradition in DeKalb by also serving on the boards of The Jane Adeny Memorial School and Non-Profit Software Corporation. “I believe that being of service to one’s community is vitally important and rewarding work.  I will do all that I can to help this wonderful cultural, social and architectural treasure live on.

I am originally from Elgin and moved to Sycamore in the early 90’s. In 2011 I married Mark Sawyer and moved to DeKalb. I am a full time commercial real estate broker with RVG Commercial and hold the SIOR and CCIM designations. I have two adult children, two teenage stepchildren and two grandsons. I love the outdoors, have hiked the Grand Canyon, submitted Half Dome, jumped out of perfectly good airplanes, paddled a class five rapids and have a long bucket list of things yet to accomplish.  Since I like to be involved in my community, I am currently serving on three boards: SIOR (Society of Industrial Office Realtors) as Admissions & Recruitment Co-Chair for the Chicago chapter, ReNew DeKalb; Executive Board and Board of Directors, St. John’s Lutheran Church; Stewardship, Outreach and numerous committees, and have served on numerous other boards including: Sycamore History Museum; President and Board of Directors, DeKalb Area Association of Realtors: Board of Directors, Treasurer & numerous committees.  I love this community and look forward to serving on the Egyptian Theatre’s Board.