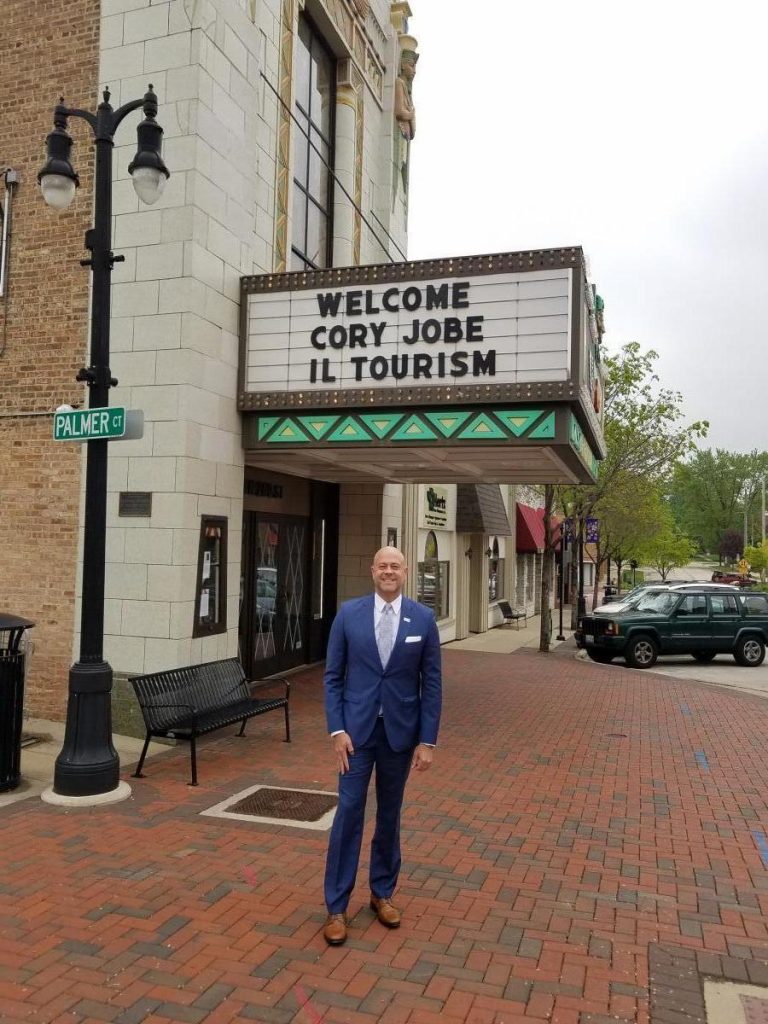 Cory Jobe, Director of the Illinois Office of Tourism, gave a presentation at the Egyptian Theatre on May 11th as part of National Travel and Tourism Week. 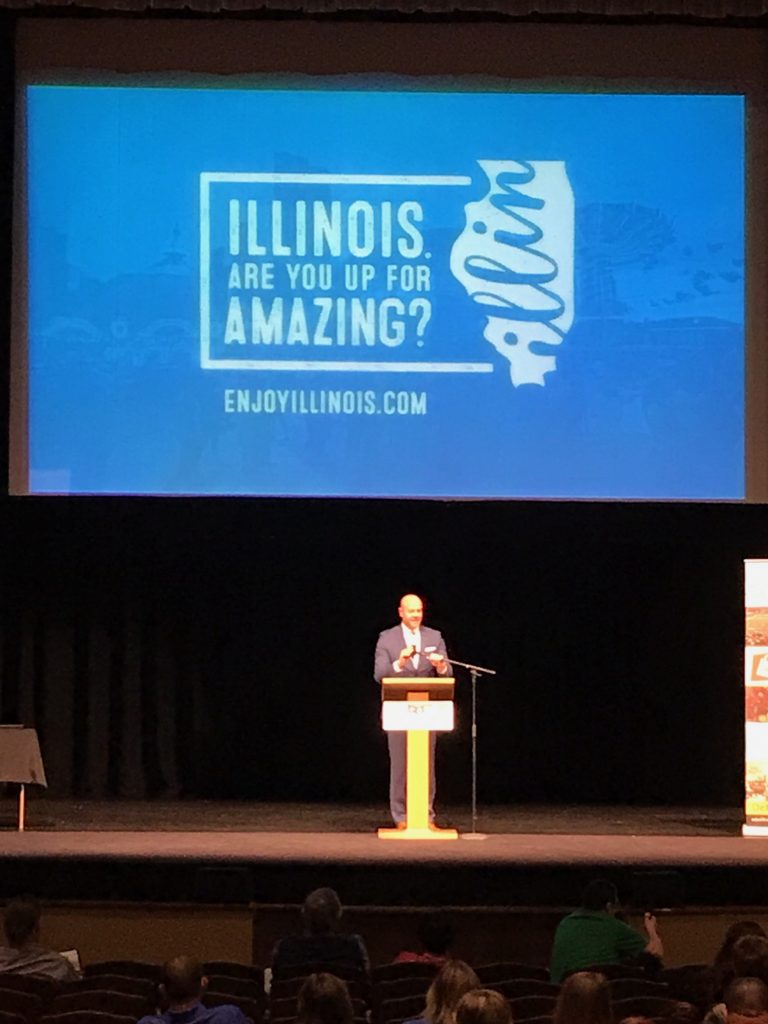 In conjunction with talking about the Illinois Made program, he announced Jonamac Orchard as the second Illinois Made Maker for DeKalb County, joining Whiskey Acres Distilling Co. 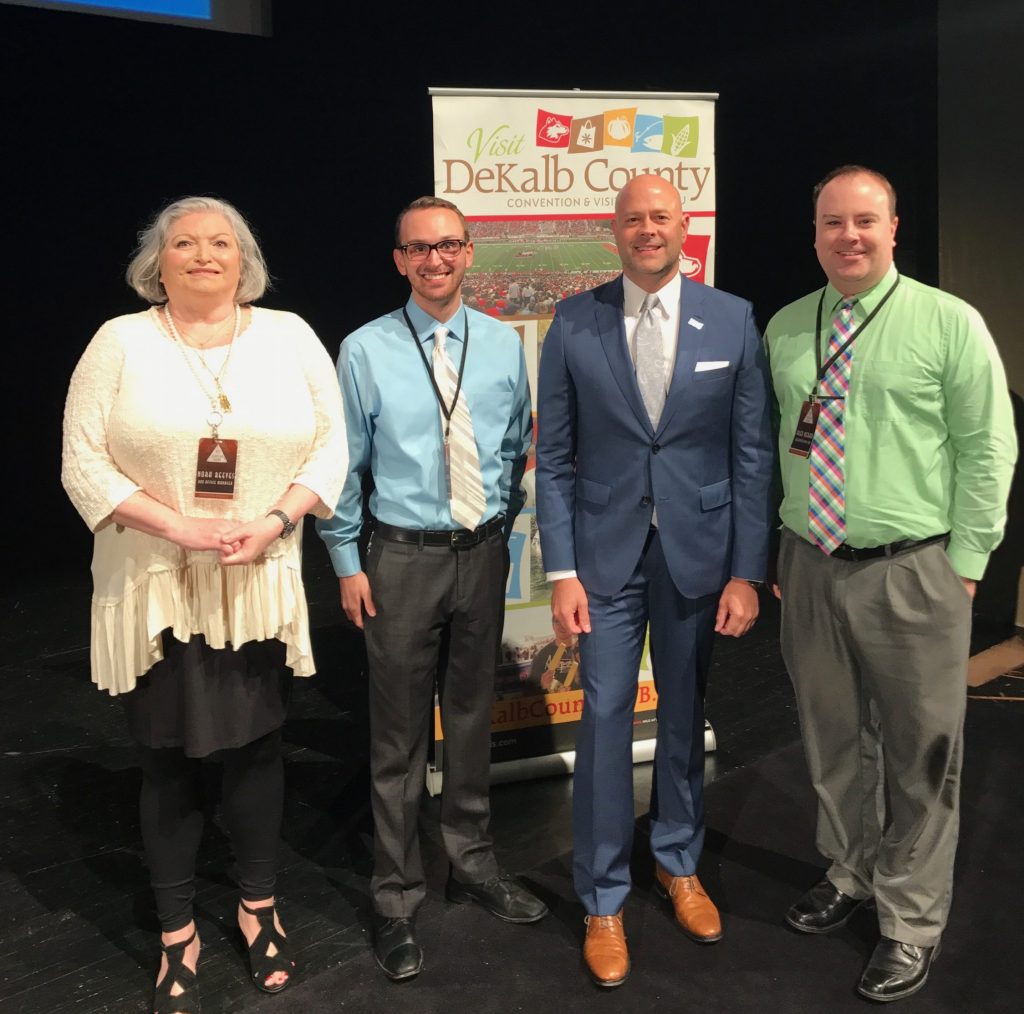