Posted on February 2, 2021 by Egyptian Theatre 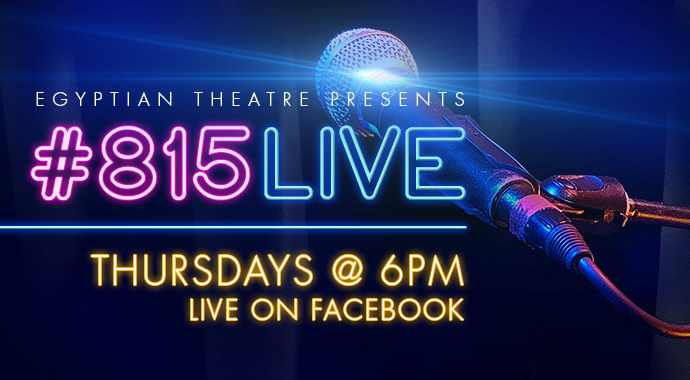 The Egyptian Theatre in Downtown DeKalb is excited to bring back its popular Facebook live concert series, #815Live during the month of February.

This series, which has been sponsored in part by the Mary E. Stevens Concert & Lecture Fund, will feature local artists of varying genres. Concerts will be live streamed on the Egyptian Theatre’s Facebook page every Thursday evening at 6 PM, with concerts lasting about an hour. Each performance will then be uploaded to the Egyptian Theatre’s YouTube page after the performance has concluded for those that don’t utilize Facebook.

The schedule of performers is as follows: February 4th, Jon Babin of the band Lever, February 11th, The Scoville Gang, February 18th, the NIU Jazztet, and on February 25th, Wes Carr.