Posted on September 27, 2019 by Egyptian Theatre

On Tuesday, the steel beams were installed via crane to support the pre-cast floor panels for the first floor. Weather cooperated greatly on this day and the crew was able to make quick work of this project and kept things moving along swiftly. 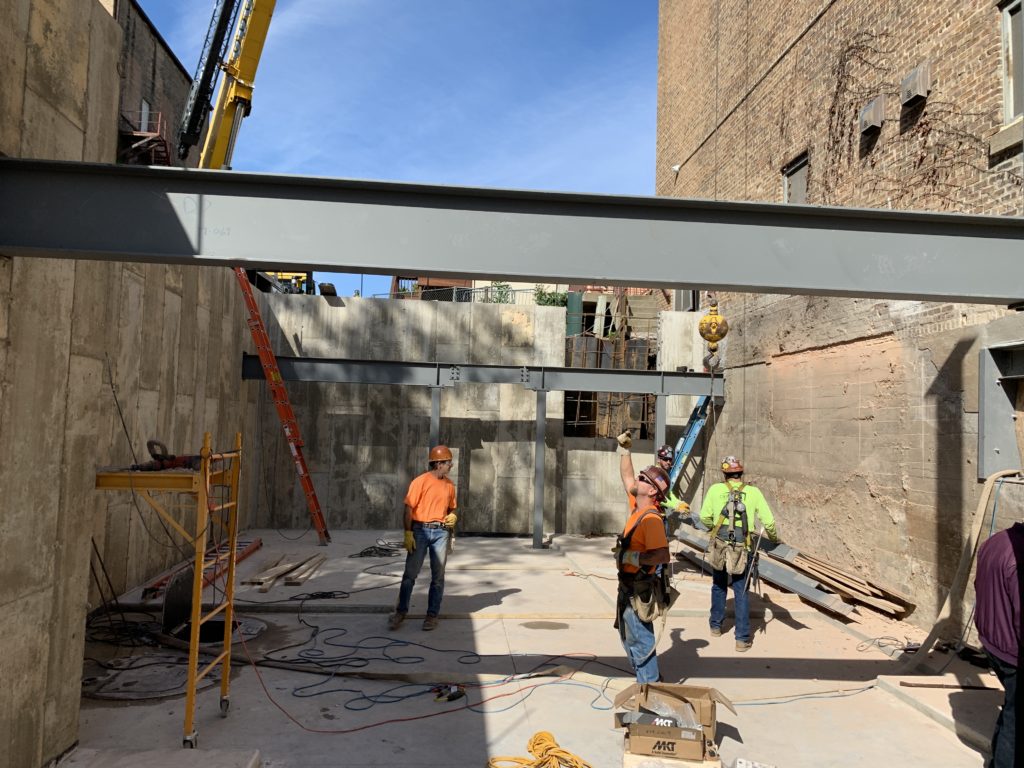 The work continued on duct work installation in the existing mechanical basement. The basement is becoming fuller and fuller with ducts for the air supply as well as the return nearing completion. You can say we are really getting our ducts in a row! While space is getting smaller, we are still excited because the amount of storage that will be present under these air ducts will greatly increase our storage capacity. 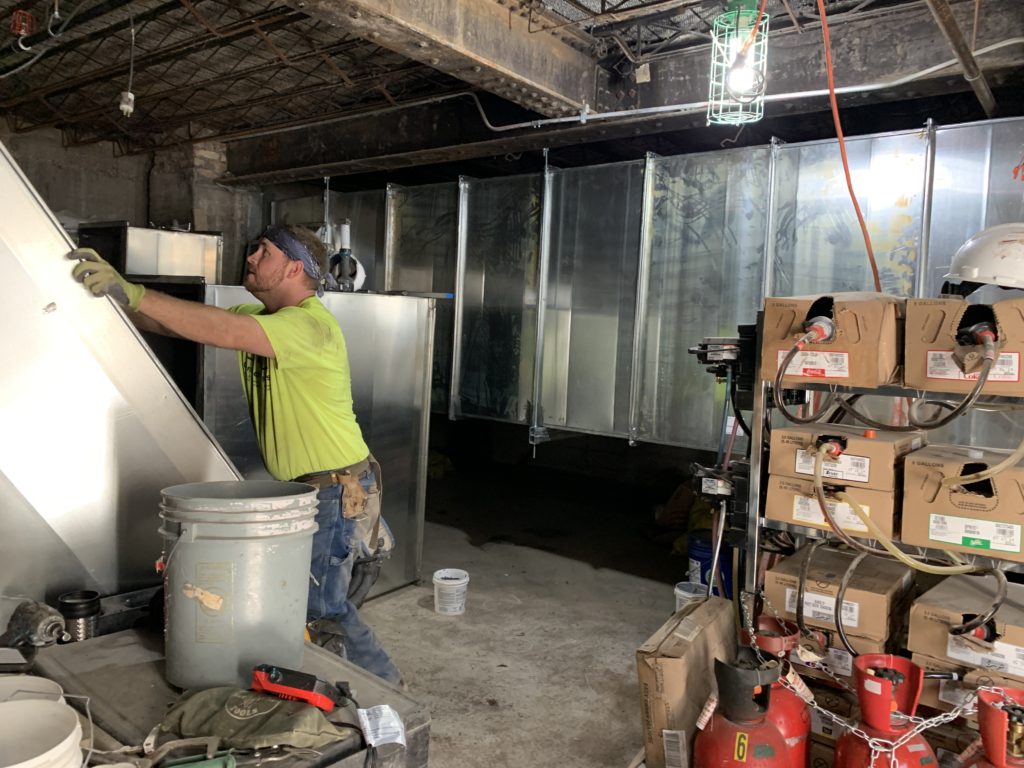 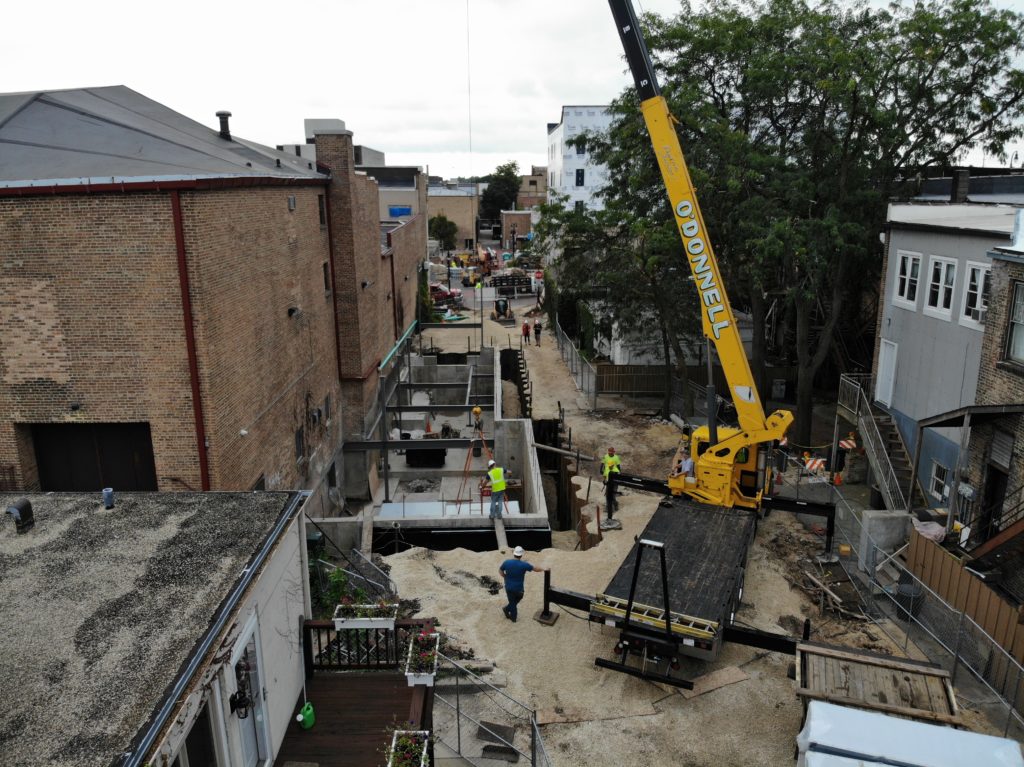 These units were installed by crane and had to be in place this week even though duct work won’t be finished for a few more weeks. This is because at the end of the week, the pre-cast flooring for the first floor will be installed closing in the new the addition basement.