Posted on October 4, 2019 by Egyptian Theatre 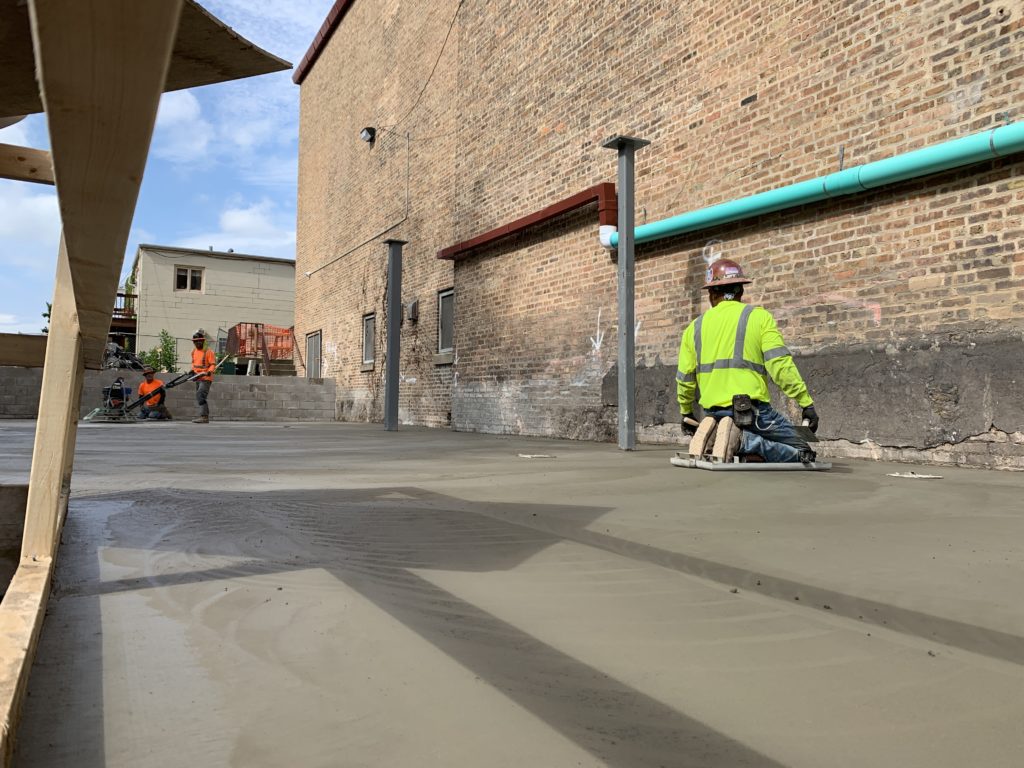 Construction has continued at a rapid rate this week! After the pre-cast flooring for the first floor was installed last Friday, the concrete was poured to finish the first floor on Tuesday. We have been so excited to begin to walk around the areas that we have been analyzing and planning for over half a year now. 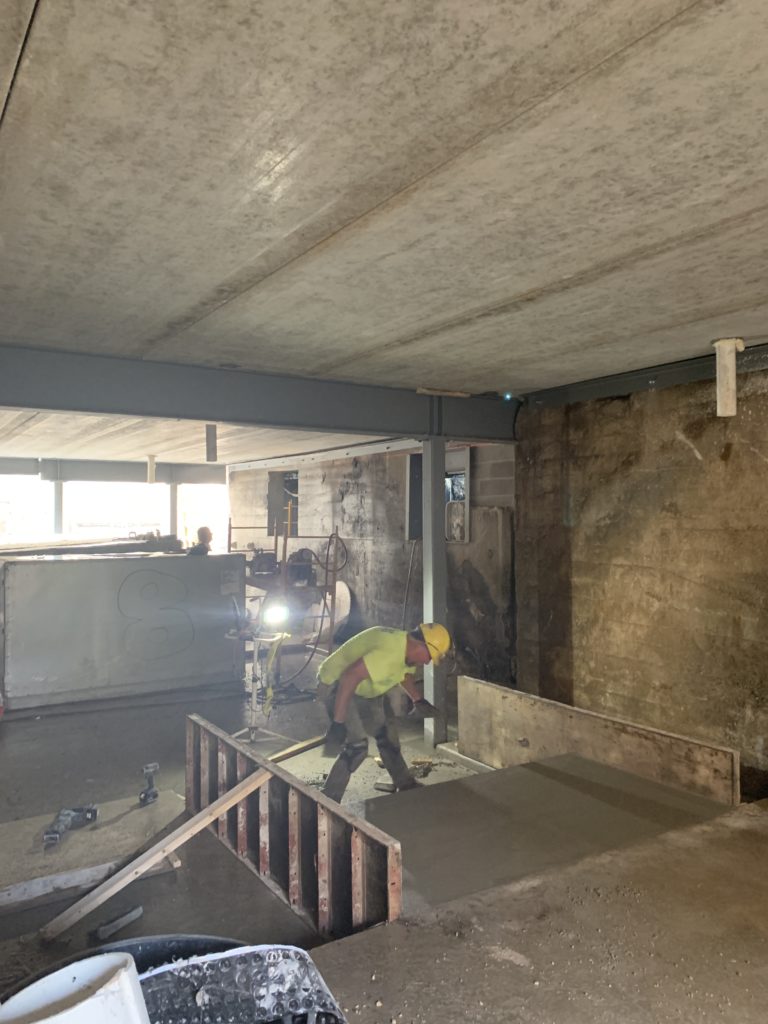 Work continued in the new and existing mechanical basements. The staircase to the lower portion of the new basement was poured to make moving around in the space much easier. Temporary lighting was also installed. The addition of these lights is really making these spaces feel real. 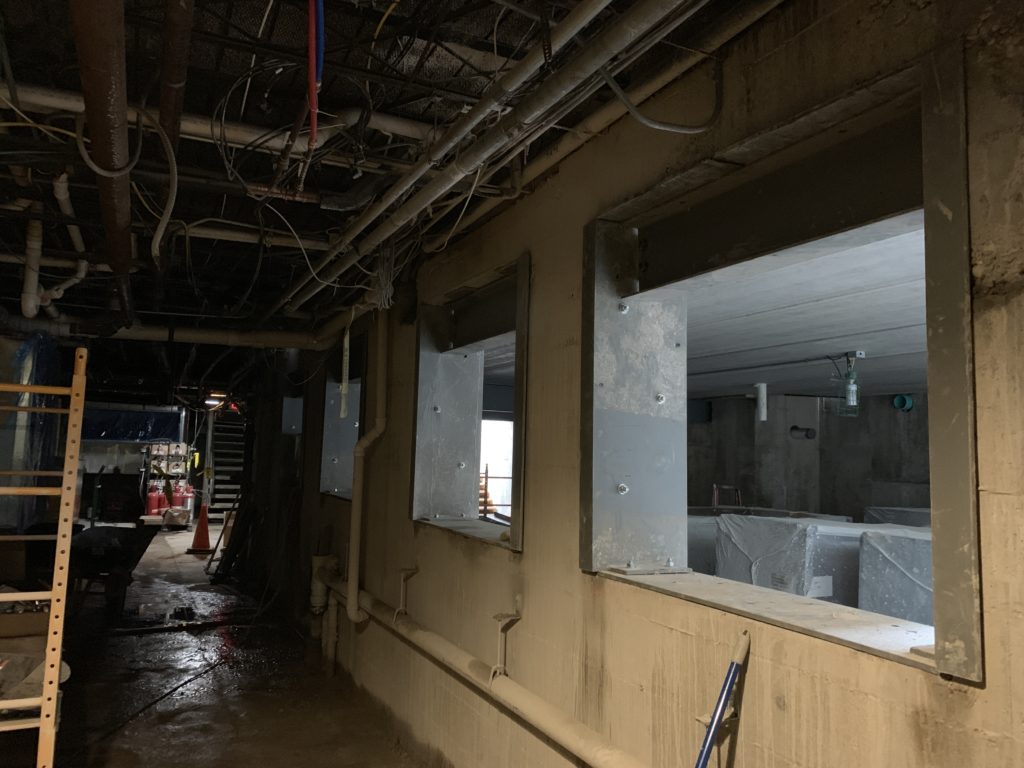 Also in the mechanical basement, the remaining openings for the new duct work were completed. These openings are absolutely massive! Much discussion went into the process of creating these openings in order to maintain the integrity of the 90 year old wall. The openings were made by creating one opening and then leapfrogging to the third opening to keep the wall stable, then back to the second and finally finishing the fourth opening. The completion of these openings really makes the old and new mechanical basements feel like one space now. There had always been a bit of separation between these spaces, but they are really coming together now. 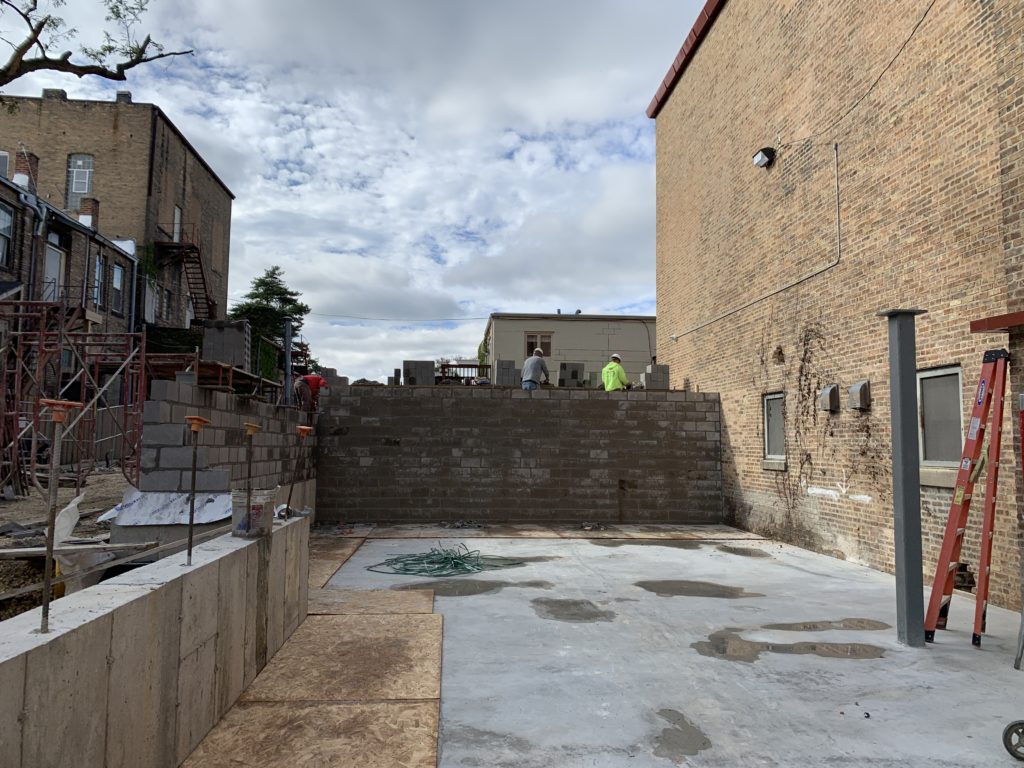 As the week progressed, the walls around the first floor began to go up. By the middle of next week the steel beams should be in place for the 2nd floor pre-cast flooring to be installed. If weather cooperates we should have the full addition under roof by the end of October. 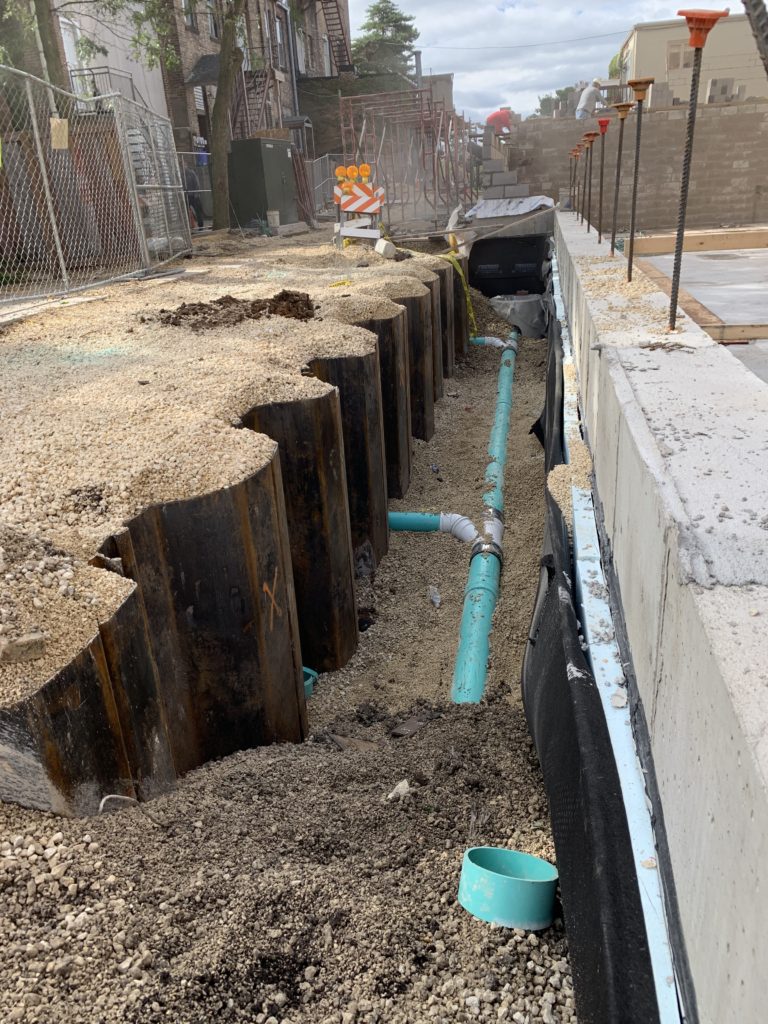 The sewer lines were also laid this week. If you notice there are multiple sections that have wye junctions. This was done intentionally with the Kishwaukee Water Reclamation District to have this set so if one day one of the businesses along Palmer Court needs to tie into this new sanitary line, the infrastructure for this is already in place.