Posted on February 21, 2017 by Egyptian Theatre

The Egyptian Theatre is proud to present “Jazz at the Egyptian” on Sunday, February 26 at 2:00 PM featuring performances by the DeKalb High School Jazz Ensemble, the Sycamore High School Jazz Ensemble, and the NIU Jazz Orchestra.  Don’t miss this one-of-a-kind concert featuring performances by the area Jazz ensembles.  Proceeds from the event will support the individual music programs. 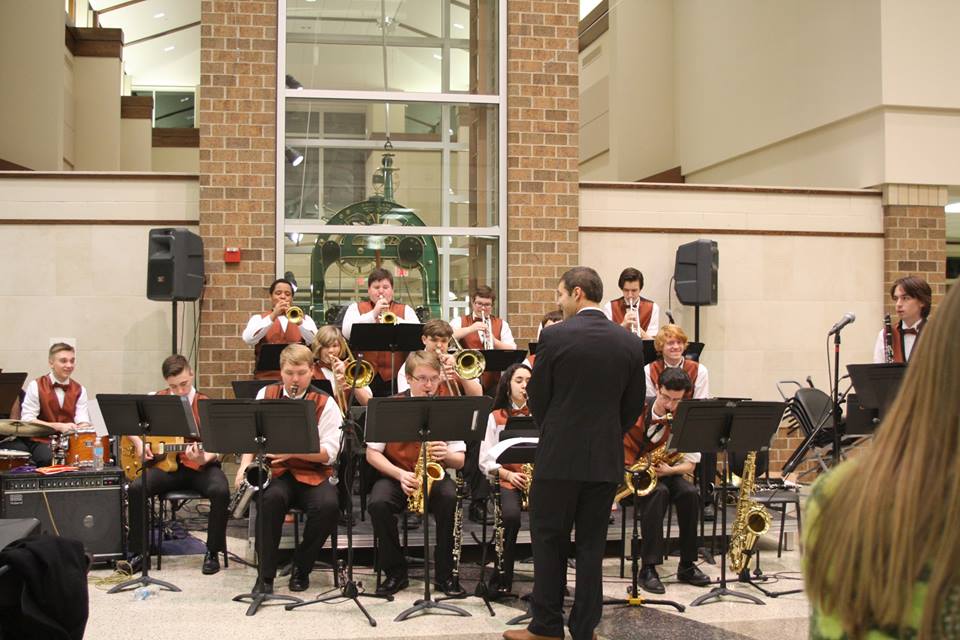 This is a picture of the DeKalb High School Jazz Ensemble under the direction of Steve Lundin who will be performing on February 26th live at the The Egyptian Theatre.

Steve: We are looking forward to sharing the stage with NIU and Sycamore. Getting all three bands at the same place at the same time is very exciting.

Kevin: What do you hope the students will gain from this experience?

Steve: I’m sure the students will find the experience really motivating. I know learning first hand from others is always one of the most powerful things you can do in education. 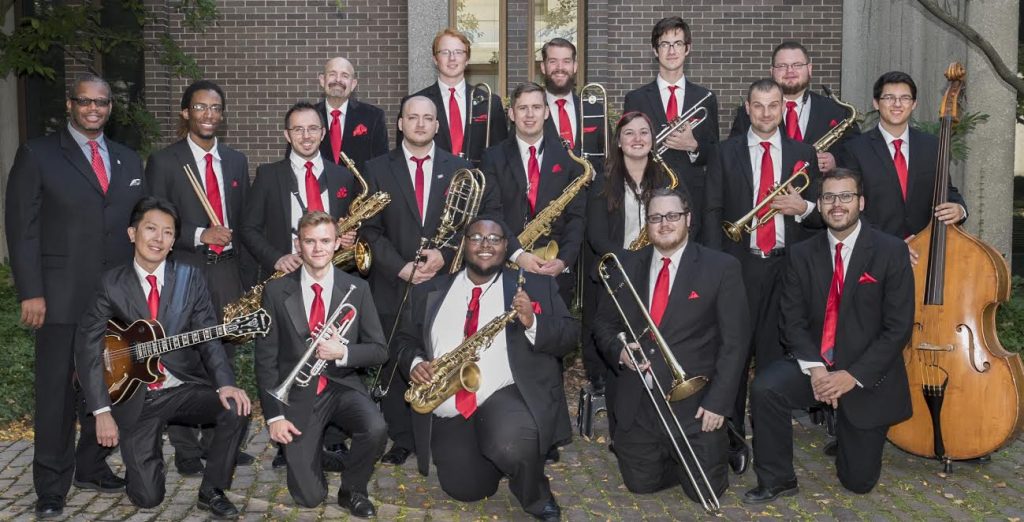 This is a picture of the NIU Jazz Orchestra under the direction of Reggie Thomas who will be performing live at The Egyptian Theatre on February 26th.

Reggie:  We are excited to present at the Egyptian with DeKalb and Sycamore high schools. We are constantly looking for opportunities to interact with the area school programs and bring quality programming to the DeKalb community.

Kevin: What do you hope the students will gain from this experience?

Reggie: I often stress the importance of mentorship to our students. Events like this allow them to have an impact on the lives of young aspiring musicians with the high school students playing along side our college students. The students from all three ensembles will benefit from seeing the camaraderie between me, Mr Lundin and Mr Mertens. We all try to stress the importance of the arts in our students’ lives. 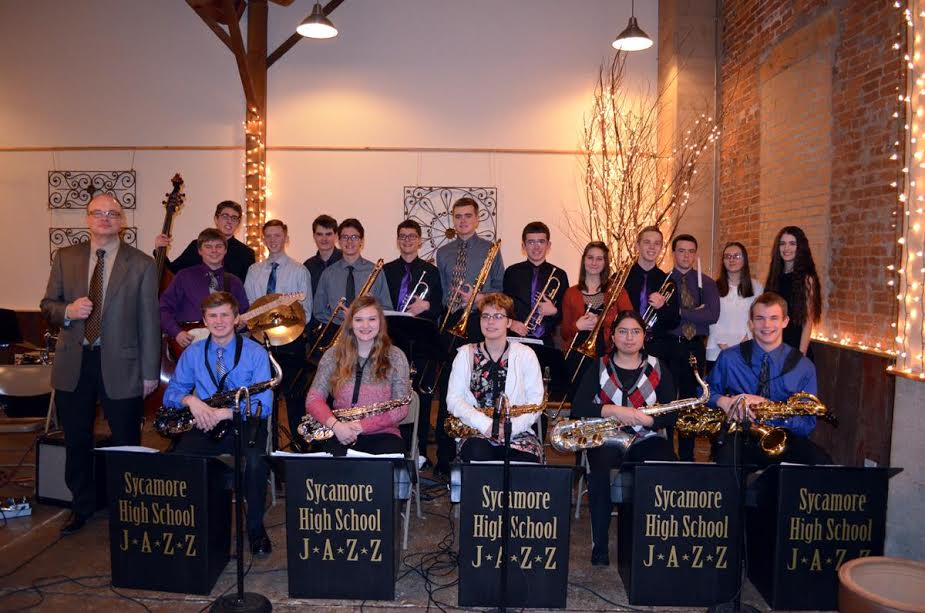 This is a picture of the Sycamore High School Jazz Ensemble under the direction of Scott Mertens who will be performing live at the Egyptian Theatre on February 26th.

The DeKalb High School Jazz Ensemble is one of many music offerings at DeKalb High School.  The band department is comprised of two concert bands, a marching band, a percussion ensemble, jazz lab band, and steelband. There are also seven different choirs and two orchestras.

The DHS Jazz Ensemble regularly performs music that encompasses a wide range of styles at venues throughout Northern Illinois. The curriculum stresses the importance of learning stylistic accuracy as a foundational component of jazz education. The band regularly competes in the Essentially Ellington High School Jazz Band competition and has appeared as a finalist in 2008 and 2012. The band performed at the Illinois All State Music Education Conference in 2005 and 2015.

With a roster that includes students from Miami to Milwaukee, the NIU Jazz Orchestra (formerly, Jazz Ensemble) has long been considered one of the best college jazz bands in the world.

The ensemble has performed at the 54th annual Midwest Music Clinic in Chicago with saxophonist Jimmy Heath as the guest artist, and at the 28th annual International Association of Jazz Educators (IAJE) Conference in New York with trumpeter Wynton Marsalis as the guest artist.

The list of guest artists with whom the ensemble has performed includes Dizzy Gillespie, Louis Bellson, Clark Terry, Tito Puente and James Moody, just to name a few.

Now under the direction of Reggie Thomas, the NIU Jazz Orchestra continues the tradition of excellence while forging a new identity featuring original faculty and student work, focusing on diversity and swing, and exploring a wide range of colors, textures and larger extended works.