Backstage at the Egyptian: Interview with Kevin Ray 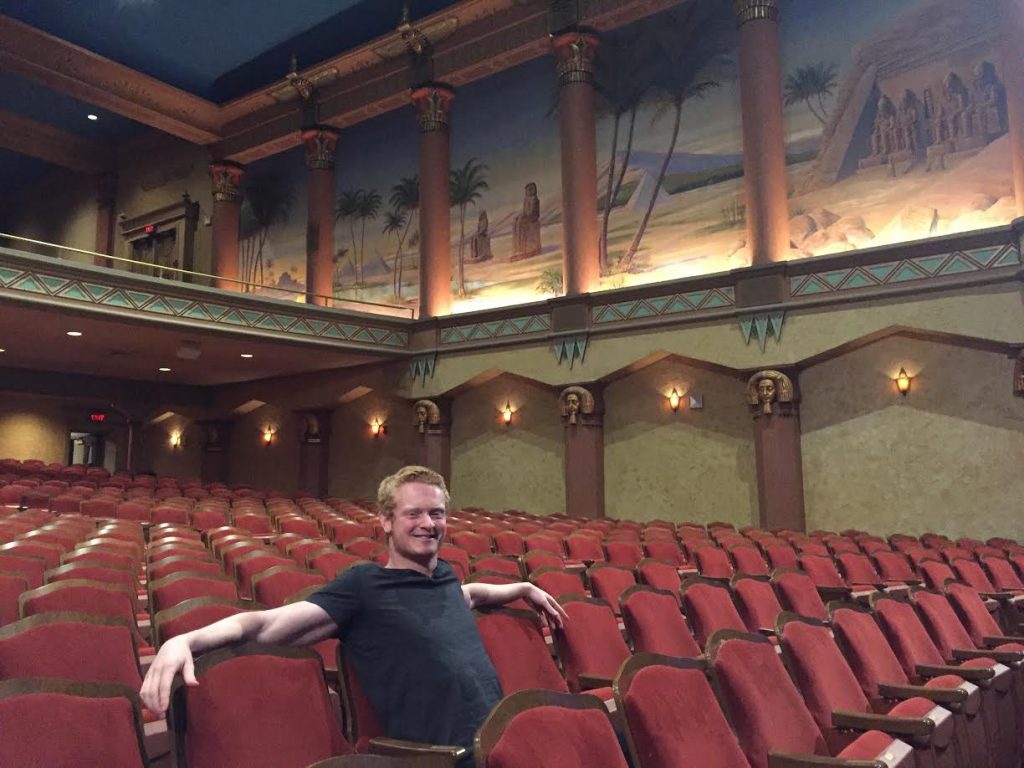 A final interview between our Executive Director Alex Nerad and our intern Kevin Ray from Northern Illinois University who was with us for the spring semester.

Alex: What was your favorite memory from the semester as an intern at the Egyptian Theatre?

Alex: What surprised you most about working at the Egyptian Theatre?

Alex: What is something you learned while interning at the Egyptian Theatre?

Kevin: I came into this internship with multiple goals. The main one was to learn the ins and the outs of a nonprofit organization. For the longest time I always wondered what they did, and what type of influence they carry. As a political science major, learning about nonprofits is a key portion that is overlooked because nonprofits are a huge part of politics. I also learned some awesome marketing and Public Relations strategy’s. I minor in Journalism, so writing the interviews every week, and interviewing the incoming performers have helped me gain some key communication and writing skills that will help me a lot of in the future. 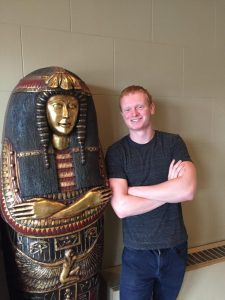 Alex: What would you like other NIU students to know about the Egyptian Theatre?

Kevin: I want them to know that they are missing out on the Eden of entertainment known as the Egyptian Theatre. There are so many amazing shows that will peak the interest of all sorts of different students. Many students do nothing, but sit around and watch Netflix on their days off from school. I want them to know that there is a gold mine of entertainment that they are missing out on. I want them to know how amazing of a place this is so they tell their friends, and so on and so on until every student at NIU is looking forward to what the theatre brings next.

Alex: If you could see any movie or performer at the Egyptian Theatre what/who would it be?

Kevin: I would want to see Bill Burr come through DeKalb and perform at the Egyptian Theatre. The students of NIU would flock in like they just heard there are $1 subs at Jimmy Johns. I consider him to be the funniest person alive. He has filled stadiums, and arenas all over the country. You could also increase the ticket prices because of how many people would try to get tickets. It would be an amazing business opportunity. It would also be the start of something pretty awesome. He would tell his comedic friends like Adam Sandler or David Spade who do small towns shows to come through DeKalb and perform which also brings together the students and towns people to laugh and have things in common. There is no better way to reach the NIU students than through inappropriate comedy.

Alex: What plans do you have for the summer?

Kevin: This summer I will be reffing soccer and working as a camp counselor at my local YMCA. I also plan on being outside pretty much 99% of the time over the summer hanging with my friends and family relaxing after a long hard working semester. I also plan on attempting to be tan even though I will most likely burn, but that’s okay.