Backstage at the Egyptian: Interview with Jeff Chown

Posted on October 4, 2017 by Egyptian Theatre

Jeffrey Chown is an Emeritus Professor in Northern Illinois University’s Department of Communication. Chown helped develop NIU’s Media Studies Program which prepares students for career work. Chown first arrived at NIU in 1982 where he impressed all with his genuine modesty, and today he is revered in his community for bridging his passions for film with the interests of his students. We recently interviewed Chown about the Green Lens Film Series taking place at the Egyptian Theatre this fall that he helped organize. 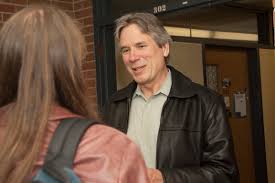 Jesse: What makes the Green Lens Film Series necessary and how relevant is the material?

Jeff: This film series is necessary because I would argue that the number one issue facing humanity today is climate change. It is relevant because I wonder what kind of world my granddaughters will be living in.

Jesse: How did you first get involved with this film series?

Jeff: This series originated when Pat Vary suggested the idea at a DeKalb Stands  group meeting. I programmed my first film series in 1975 at the University of Oklahoma so had an idea of how it could be done. When major sponsors Nancy Proesel and Tapa La Luna came aboard, a number of community members got involved and pretty soon we had a six-film series!

Jesse: What is your favorite Green Lens film?

Jeff: Cowspiracy has been the most interesting. I had no idea that animal agriculture has such a profound impact on CO2 and Methane emissions. 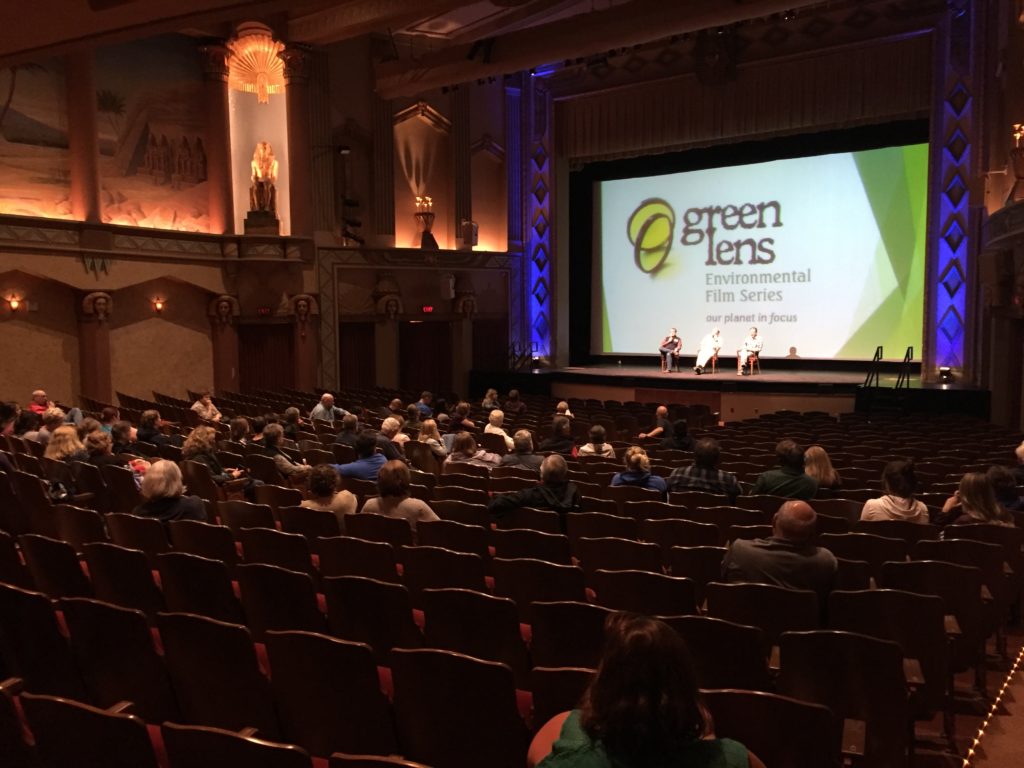 Jesse: Why did you bring this series to the Egyptian Theatre?

Jeff: I love the Egyptian Theatre! One of the proudest moments in my career was seeing my Barbed Wire Pioneers play there. It is the ideal place for the town to come together.

Jesse: What is most important to take away from a Green Lens film?

Jeff: We need to raise societal conscientiousness about climate change. We need people to understand this problem and find solutions for our survival. 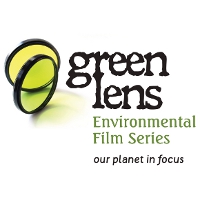 Jesse: The Green Lens Film Series is ongoing. What kind of community-wide changes do you hope to see after this series ends?

Jeff: I would love to see the community step up and donate to the Egyptian Theatre. With a new projector and screen, these films can play on the best possible display.

Jesse: At the Egyptian Theatre, the Green Lens Film Series is free and open to the public. What does this mean for you?

Jeff: We put any extra money into a fund for the next series.