Backstage at the Egyptian: Interview with Brad Robins of GENTRI

Posted on February 7, 2018 by Egyptian Theatre

We are so excited to welcome GENTRI: The Gentlemen Trio to the theatre on this Saturday, February 10th, at 7:30PM. This is a show you will not want to miss! We recently had the pleasure of interviewing Brad Robins, a member of GENTRI, for this upcoming show. 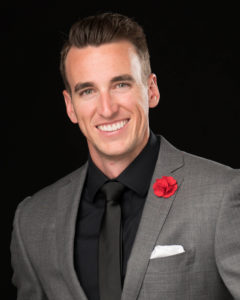 SYDNEY: The trio was established in 2014, what were you doing before then? How did Gentri form?

BRAD: GENTRI was formed after the three of us met in a regional musical theater production of Les Mis in which we all played leading roles Casey (Jean Val Jean), Brad (Marius), Bradley Quinn (Enjolras). Because we had all become such good friends during the run of the show, two months after the production ended we decided to form the group.

SYDNEY: GENTRI has a long list of accomplishments, what are you most proud of?

BRAD:  We have had the opportunity early in our career to share the stage with some amazing performers. Some of the most memorable include performing with broadway superstars Kristen Chenoweth, Idina Menzel and Alfie Boe. It was also an incredible experience performing at the Tabernacle on Temple Square with the Mormon Tabernacle Choir on their weekly worldwide Sunday morning broadcast.

SYDNEY: What has been your favorite memory as a performer?

BRAD:  I don’t know that I have one single favorite memory. Collectively having the opportunity to share the stage with the brothers I never had (Casey, Bradley Quinn, and Stephen Nelson, our producer) has been a dream come true. Each of us always had dreams of doing something with our music, and we are finally living out those dreams through GENTRI.

SYDNEY: What is your favorite song to perform, and why?

BRAD: While my favorite song probably changes from day to day, it’s hard to not love doing our Les Mis Medley as that is the show that brought the three of us together.

SYDNEY: Which musicians have inspired you the most throughout your life?

BRAD: This probably varies for each of us, but collectively I think broadway powerhouses like Ramin Karimloo, Brian Stokes Mitchell, and Josh Groban have all had musical influences in our lives.

SYDNEY: If you weren’t a musician, what would you be doing instead?

BRAD: I would work in the world of Division I college football. I have always loved the game, and enjoy watching it on the biggest scale. In college, I joined the film crew at my university (BYU) just so I could go to games and be closer to the team.

SYDNEY: What are the future plans or goals for GENTRI?

BRAD: Ultimately we want to continue to produce music and online content that entertains and inspires. Long term, we’d like to perform on some of the world’s most iconic stages with the world’s best orchestras.

SYDNEY: What can the audience expect when attending your show?

BRAD: Our show will have something for everyone. From GENTRI’s unique spin on classics from the 80’s til now, broadway favorites to epic and emotional originals, our show will entertain and inspire people of all ages.

SYDNEY: What do you like the most about performing in a historic theatre?

If you are interested in seeing GENTRI in person, tickets are still available! Click here to get yours NOW.

See you on Saturday!