Backstage at the Egyptian: Here Come The Mummies

Posted on October 5, 2017 by Egyptian Theatre

Here Come The Mummies is an eight-piece funk-rock band of 5,000 year-old Egyptian Mummies with a one-track mind. It’s been a long and dusty road since 1922 when the unearthed ruins of an ancient disco revealed a dozen undead Egyptian Mummies throwing down their “Terrifying Funk from Beyond the Grave!” Their story is murky at best, but we do know of the powerful curse keeping these saucy specters grooving until they find the ultimate riff, the one that may finally allow their spirits to rest. We recently interviewed Mummy Cass and Midnight about their band’s upcoming show at the Egyptian Theatre on Saturday, October 7.

Jesse: What do you think your fans get out of seeing such mystifying creatures in action?

HCTM: We are a blank canvas that our audience can paint their own fantasies onto which is Far Out! WE aren’t even sure who we are so there is plenty of room for that.

Jesse: We cannot wait to see some real-life Egyptian Mummies rocking the Egyptian Theatre. Do you think this venue will provide a once-in-a-lifetime show for the audience?

HCTM: For mortals like YOU, yeah this is going to be a once or at best several-times in a lifetime event. 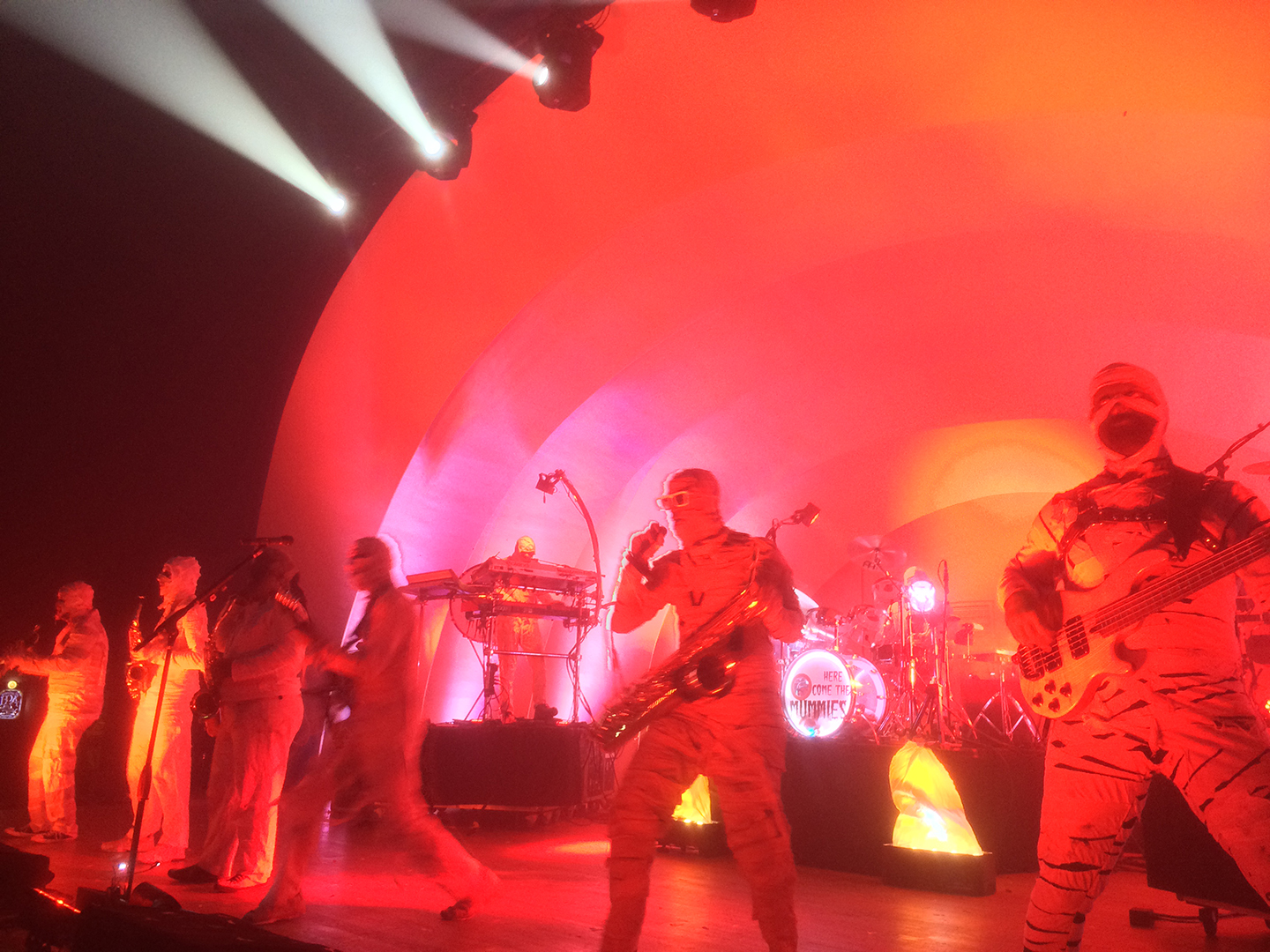 Jesse: Why is the Egyptian Theatre an important stop for the ‘Friction Tour’?

HCTM: No matter where we perform, every show is our favorite while we’re playing. Dig? We really don’t have a choice; we are doomed to keep funking our audience’s brains out.

Jesse: What kind of experience does your show provide that other concerts and live-performances just cannot? 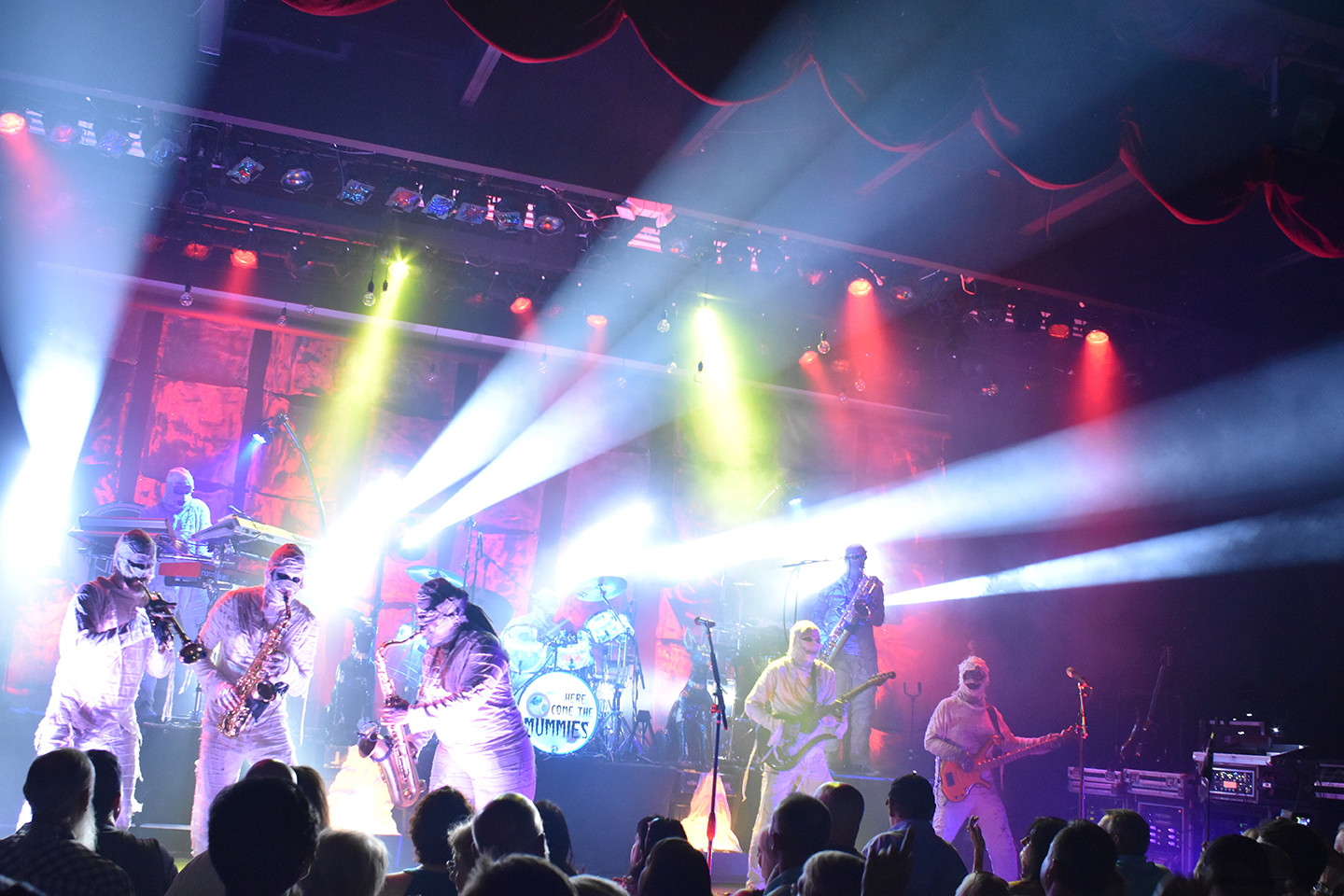 Jesse: How do you manage having such a large group on stage, all at the same time?

HCTM: There are a lot of crashes and bent trumpets. This is the price of a bunch of re-animated Egyptian Mummies delivering the most “Terrifying Funk from Beyond the Grave!”