Backstage at the Egyptian: Shiloh Milam of Irrational Masters 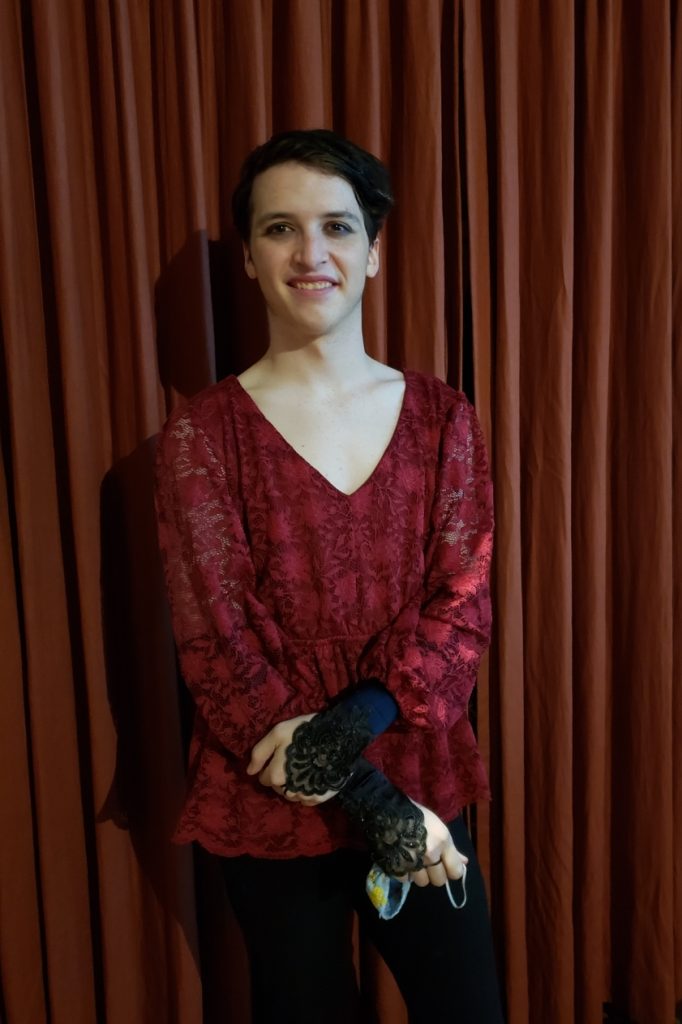 Interview with Shiloh Milam of Irrational Masters, the shadow cast for our showings of The Rocky Horror Picture Show.
KAMAL: What does Rocky symbolize; what is the message behind this movie?

SHILOH: To me the message behind the movie is all summed up by the classic quote, “Don’t dream it, be it”. The movie has always been a great example of genuine self expression, and while I think the movie doesn’t have a traditionally strong narrative plot, I do think it has a great message of being true to yourself and allowing others to do the same.

K: How did it become a cult classic?

S: Rocky is such a unique experience, and I think that naturally leads to it being hated by some but absolutely adored by others. It’s quirky, it’s fun, it has great music, memorable and unique characters, and overall is just a super fun homage to classic horror movies that I think resonates with a ton of people.

K: Why do you think Rocky resonates with the LGBTQ+ community?

S: As a member of the LGBTQ+ community myself, Rocky has been the only show I’ve been a part of that has truly allowed me to unashamedly and confidently be myself on stage. Rocky has outwardly queer characters and doesn’t come off as pandering and doesn’t treat these characters as jokes, and that’s really a breath of fresh air in my opinion.

K: What attracted you to this movie?

S: The music was the biggest thing that drew me to Rocky. I genuinely didn’t even know Rocky Horror was a thing until I heard Time Warp come on at a Halloween Party when I was in High School. I asked what it was from and one of my friends told me about the movie and it sounded so unique and fun that I just had to watch it and then I absolutely fell in love with it.

K: What excites you when you go on stage?

S: In my day to day life I’m a pretty closed off person. But as soon as I go on stage I don’t have to worry about any judgment or anything like that, I’m able to go up, genuinely be myself, and people support and enjoy seeing me. The first time I played Janet and walked on wearing my outfit for Floorshow I was just filled with this intense rush of euphoria and happiness that I actually started crying. It’s a great feeling knowing that I have a place where people love me for who I am.

K: What are the lasting impacts of Rocky?

S: It’s hard to talk about Rocky and it’s impacts on things outside of itself because it’s such an enclosed experience. But you can definitely see the impact Rocky has had on theatre, specifically indie theatre, and of course the amazing impact it has had on the LGBTQ+ community as well.

K: How has doing this show impacted your life?

S: It sounds dramatic but it’s true when I say that Rocky Horror has basically saved my life. I didn’t have a place to be openly queer growing up, but I know for a fact that I have my Rocky family. The friendships I’ve made from doing this show and the experiences I’ve had on stage are relationships and experiences that I will carry with me for the rest of my life and I am so absolutely grateful to be a part of this amazing community.

S: I think that part of what makes Rocky so iconic is the legacy that it carries with it. It warms my heart when I talk to people who come to our shows and they tell me how they’ve been coming to see Rocky Horror since they were kids and how it continues to still bring them that same level of joy all these years later. I think the show is kind of a beautiful disaster that if they were to make it today, it wouldn’t have that same quirky and unique charm that the movie had when it was first made.