Backstage at the Egyptian: Jeffrey Chown of the Green Lens Film Series

Posted on October 2, 2018 by Egyptian Theatre 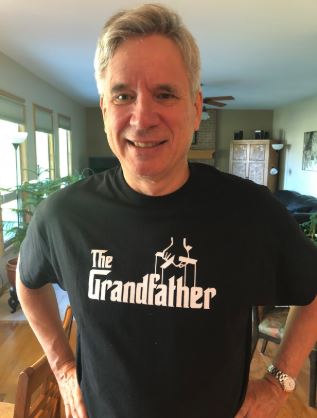 Karina: Where did your passion for films begin?

Jeffrey: In the 1970s I got inspired by Swedish Ingmar Bergman films and started attending the film society offerings at the University of Michigan.

Karina: Why do you believe the Green Lens Film Series is important?

Jeffrey: Movie culture has the potential to unite people.  We are trying to bring films to the Egyptian that create an audience for films about social change or transformation.

Karina: How does it feel to have the series return to the Egyptian Theatre?

Jeffrey: It’s always special to see films on that big screen and now that the new projector has been installed, I am really excited about attending.

Karina: What is your favorite film in the series?

Jeffrey: Chasing Coral is a beautiful film that will bring a tear to your eye.

Karina: What are you hoping the DeKalb community takes away from this series?

Jeffrey: A sense of solidarity with other socially minded citizens.

Karina: Why do you believe documentaries are important?

Jeffrey: Documentaries try to educate us.  Education can be pleasurable, but they are much more ambitious than superhero films in terms of getting an audience to respond and be aware.

Karina: What suggestions do you have for the DeKalb community in order to help resolve the issues presented in this series?

Jeffrey: The films are sponsored by the activist group, “DeKalb Stands.”  Anyone wanting to get involved should just contact us and come to the meetings and activities that are organized.

The Green Lens Film Series returns this Thursday, October 4 at 7 PM with the film Chasing Coral. All Green Lens films are free and open to the public.