Backstage at the Egyptian: Interview with Rick Johnson of The Chicago Authority

Posted on November 1, 2018 by Egyptian Theatre 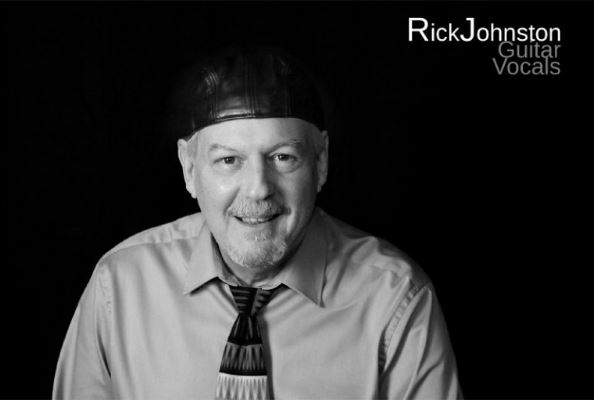 Karina: When were you first introduced to Chicago’s music?
Rick: I was playing in a middle school rock band – typical for the time, two guitars, keyboard, bass and drums  – and we rehearsed in the keyboard player’s basement. One day he pulled the cellophane off a brand new album by this band called the Chicago Transit Authority and put it on the turntable. From the very first notes of the first song, “Introduction”, we all knew this was something really special. So much so that we immediately added horns to our little rock band. And we’ve all been fans since the first time we heard them.

Karina: What is your favorite aspect of performing in front of a live audience?
Rick: Seeing the smiles and seeing people enjoying themselves. I won’t say there isn’t a bit of ego involved when we finish a song and thousands of people are cheering for something that we did, but the most important thing for all of us is to make sure the audience has a good time and goes away happy and smiling.

Karina: Does the band have a certain song that they enjoy performing the most?
Rick: There are songs we like, and then there are songs we love. If I had to pick one song it would be Ballet for a Girl in Buchannon, the full 12-minute version of composer James Pankow’s suite that includes the hit songs Make Me Smile and Colour My World. It is a brilliantly crafted piece of music, it’s fun and challenging to play, and from an audience standpoint it has something for everyone. Fans can hear the hit songs. People who are familiar with the deep cuts appreciate the fact that we aren’t playing “just the hits”. Musicians can hear some tight vocal harmonies, a really challenging guitar solo, great horn arrangements, trumpet, trombone, flute, and drum solos … it’s just an amazing piece of music.

Karina: What makes The Chicago Authority the best Chicago tribute band in the world?
Rick: (laughs) The executive producer of a TV show we appeared on called us that, and with all of the bands out there performing this music, he set the bar pretty high for us. It’s a lot to try and live up to. We work hard at it, though. You have to in order to even play some of the more challenging tunes. We rehearse pretty much every week, and the focus is on attention to details, to get it right, and to duplicate the sound and mimic the stage look of the original band. The horns are front and center, not hidden off to the side behind music stands. There’s a lot going on during our show. A lot of movement, interaction, and energy. We’re told we look like we’re having fun, and in reality we’re having and absolute blast. That’s contagious, I think, and the audience picks up on that high-energy good time and gives it back tenfold.

Karina:What can the audience expect from the show?
Rick: Again, it’s a high-energy good time from start to finish. We take a short break in the middle to let everyone catch their breath, and then it’s right back atcha. We play the hits, we sprinkle in a few deep cuts, we let the guys open up a bit during featured solos … and like I said, we have an absolute blast.

Karina: What advice would you give a new musician who is trying to master their talent?
Rick: I could go with the cliché practice, practice, practice, and while that holds true I think that listening to what other people are doing is just as important. And I don’t mean in any one genre of music. If all you listen to is, say, metal, you’ll be very good metal player but you won’t be a well-rounded musician. I was very fortunate to have parents who understood not only the importance of introducing me to music and lessons when I was seven, but they also exposed me to different styles of music. I was listening to big band, pop, jazz, blues, R&B, classical … and later rock & roll, progressive rock, funk, disco, country, punk. Today I’m still listening and learning – hip-hop, metal, Americana, and basically as much as I can get my hands on. Or my ears on. I think that, in addition to practicing and taking lessons from a good instructor, is what allows someone to develop a mastery of the craft.

Karina: Do any of the band members get stage fright before a show? If so, how do they deal with it?
Rick: We were just talking about that before our show last week. It’s not really stage fright – it’s nervous energy because we want the show to be great. Until the first few notes of the first song start gelling I think we’re all very nervous, and then a few bars into the song there’s this huge release of energy. Backstage before the show, the guys all handle it differently. I move around to try and burn off some of the nervous energy. Another will sit off by himself and reflect, pre-playing the show in his mind. A couple of the guys crack jokes. We all gather a few minutes before hitting the stage and form what we call a Circle of Trust just so we can sync up with each other. It bonds us, and it puts us all on the same page for the show.

The Chicago Authority will be at the Egyptian Theatre on Saturday, November 10 at 7:30 PM!