Backstage at the Egyptian: Interview with Matt Thompson of Sail On

We are so excited to welcome Sail On: The Beach Boys Tribute to the theatre TOMORROW, March 9th at 8:00p.m. We had the pleasure of interviewing Matt Thompson, guitarist and vocalist for Sail On. 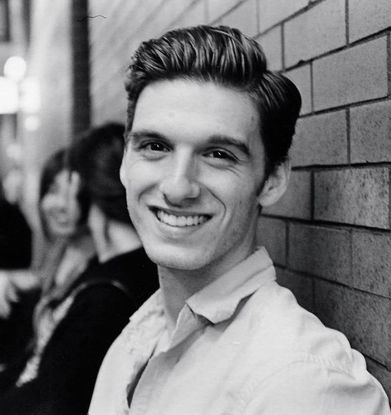 SYDNEY: How did this group form to become a Beach Boys tribute band?

MATT: So there is actually an original group that 3 of our members belong to called the Explorer’s Club. The group is very Beach Boys influenced and already left a great impression on the Beach Boys fan community. I originally worked with a Beach Boys Tribute from Indiana, and with most of us living in Nashville, the opportunity was well suited for us to create a new Tribute that we felt would provide the closest sounding live representation of what you would hear on the original Beach Boys records. In January of 2017, Sail On was born!

SYDNEY: Have you always been a musician? What were you doing before joining Sail On?

MATT: I have been playing music since the age of 13. I studied arranging and production at Berklee College of Music and became fixated on Beach Boys harmonies through some of my college projects. Music has always been my passion and fortunately, because of Sail On, my love for the Beach Boys is even more apart of that passion.

SYDNEY: In your opinion, what makes the Beach Boys so great?

MATT: For me, the harmony is the first thing that comes to mind. Blending 5 voices while playing instruments is the definition of teamwork onstage which is why I love it. No other group could sing together like The Beach Boys and they’ll always be remembered for it. The other half to the coin is the fact that so many of the songs and arrangements from Brian Wilson of The Beach Boys are timeless, great American Classics.

SYDNEY: What is your favorite Beach Boys song and why?

MATT: My favorite is probably ‘I Get Around’. It’s got everything! There’s Brians melodic falcetto through the chorus, Mike Love’s fast paced Chuck Berry style verse with a guitar solo and key change to boot. Not only that but it’s a blast to play live.

SYDNEY: What do you like most about being in a tribute band?

MATT: I get to pay tribute to my favorite band in the absolute best way. Their music challenges me and makes me a better musician in all the ways I strive to be.

SYDNEY: What is the best part about performing in historical theatres, such as the Egyptian?

MATT: The experience of playing in a historical theatre will never get old. It’s the greatest captive audience you could ask for. The people that buy tickets to places like the Egyptian come ready for a truly great performance and are willing to give you their full attention to be entertained. As a performer, it’s hard to ask for a better opportunity to give your absolute best effort. Historic Theatres bring everything to a higher level that performers enjoy just as much as the folks that buy tickets.

SYDNEY: What can the audience expect when attending this show?

MATT: To be entertained! If you’re a fan of the Beach Boys, be prepared to travel back to your earliest memories listening to America’s Band. If you’re new to the Beach Boys, get ready to hear one of the greatest collections of songs in Rock history. Either way, we will make sure you are singing along by the end of the show.

Learn more about the band by going to sailonsounds.com. If you consider yourself a devoted Beach Boys fan, then consider listening to the band’s podcast, where they discuss all things Beach Boys.

Tickets are still available for this incredible show, click here to get yours now!