Backstage at the Egyptian: Interview with Ben Cooley of The Simon & Garfunkel Story

Posted on November 1, 2018 by Egyptian Theatre 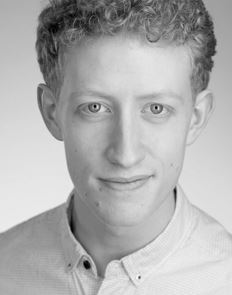 Karina: What was the first song by Simon and Garfunkel that made you fall in love with their work?
Ben: Definitely Scarborough Fair. When I was a kid it was in one of my beginner piano books and it was probably one of the prettiest songs in there.

Karina: Why is the concert style theatre show the best way to convey Simon and Garfunkel’s story?
Ben: It’s the way Simon and Garfunkel performed! So you get the nostalgia mixed with multimedia storytelling in the background and it makes for an awesome combination.

Karina: What song do you enjoy performing the most?
Ben: Definitely The Boxer. By the time we get to this song the crowd is so into it. Also most of them have been waiting for this song since the beginning of the show! So their reaction every night when we start the song is awesome!

Karina: Where did your passion for performing live begin?
Ben: In middle School I started attending summer theatre programs, or sometimes strictly Choral music programs. From there I went to a performing arts high school, and eventually got a degree in musical theater from The Hartt School.

Karina: Do you have any rituals you do to get performance ready?
Ben: Mostly vocal rest! I do also use a steam inhaler before and after shows to make sure my vocal chords stay nice and hydrated.

The Simon & Garfunkel Story is at the Egyptian Theatre on Sunday, November 4 at 4 PM.