Backstage at the Egyptian: Fernando Velasco of Champions of Magic 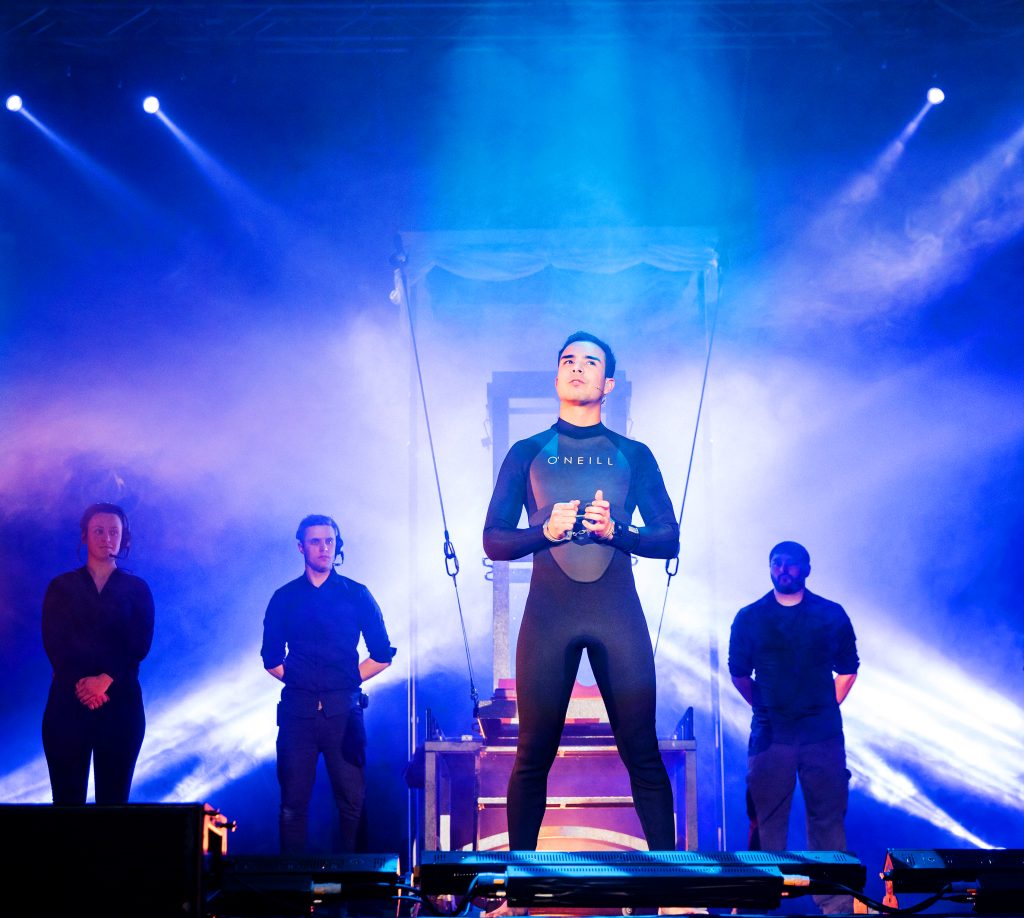 Interview with Fernando Velasco of Champions of Magic, coming to our stage on Thursday, October 28th at 7:30 PM.

KAMAL: How did this group come together?

FERNANDO: The producer of the show, Alex, is the one responsible for this group coming together. He started creating the team back in 2013 and wanted to create a real team of illusionists – not just a variety show made up of different acts – but an actual team who could work together on stage. That’s something you can’t see ANYWHERE else.

K: What attracted you to the art of illusion?

F: When I was a young boy I started to be interested in magic because my dad would share stories from his work at “The Magic Castle” in Hollywood; considered one of the most important places in the magic world.

K: How has magic affected your life?

F: Magic has definitely made my life magical.  My life would be very different if I hadn’t discovered magic. I’d like to think I would have been a musician instead of a Magician (If I was lucky )

K: Why did you choose The Egyptian to test your tech and open your four continent tour?

F: The Egyptian is a great venue, and the recent refurbishments have made it a world-class theatre facility. We’d heard how great the team there are to work with so we found an opportunity to come in for pre-production and then to open the tour in front of a great DeKalb crowd!

K: What is it like performing at an historic theater?

F: It’s like stepping back in time, there’s an unexplainable energy to a theatre, even during the day when it’s empty. So many shows have happened on this same small area and it’s fun to know we’re just another small part of that history.

K: What gets you excited about performing?

F: The audience gets me exited about performing – I feed off of their energy. A lot of my solo performances are escapes – and they’re different every time I attempt them because the restraints and conditions can be so unpredictable – and having an audience excited to see the attempt really gets me in the mindset to perform.

K: What is your favorite trick or act to perform?