Backstage at the Egyptian: David “Rook” Goldflies of A Brother’s Revival

David “Rook” Goldflies (bassist), Mike Kach (keyboardist; singer), Joe Weiss (guitarist; singer), Matt Siegal (guitarist), Dick Reinlie (drummer), and Kevin “Modee” Lacour (drummer) have come together to form A Brother’s Revival, paying tribute to the legendary rock band, the Allman Brothers Band. By bringing a vibrant sound and a vibrant performance while playing the original songs note for note, A Brother’s Revival creates the most authentic recreation of the Allman Brothers Band music. The tribute band is currently on tour throughout Eastern and Midwest America and will be performing at the Egyptian Theatre on Friday, June 25, 2021 at 8:00pm. David Goldflies, former bassist for the Allman Brothers Band, shares his personal experiences as a musician. 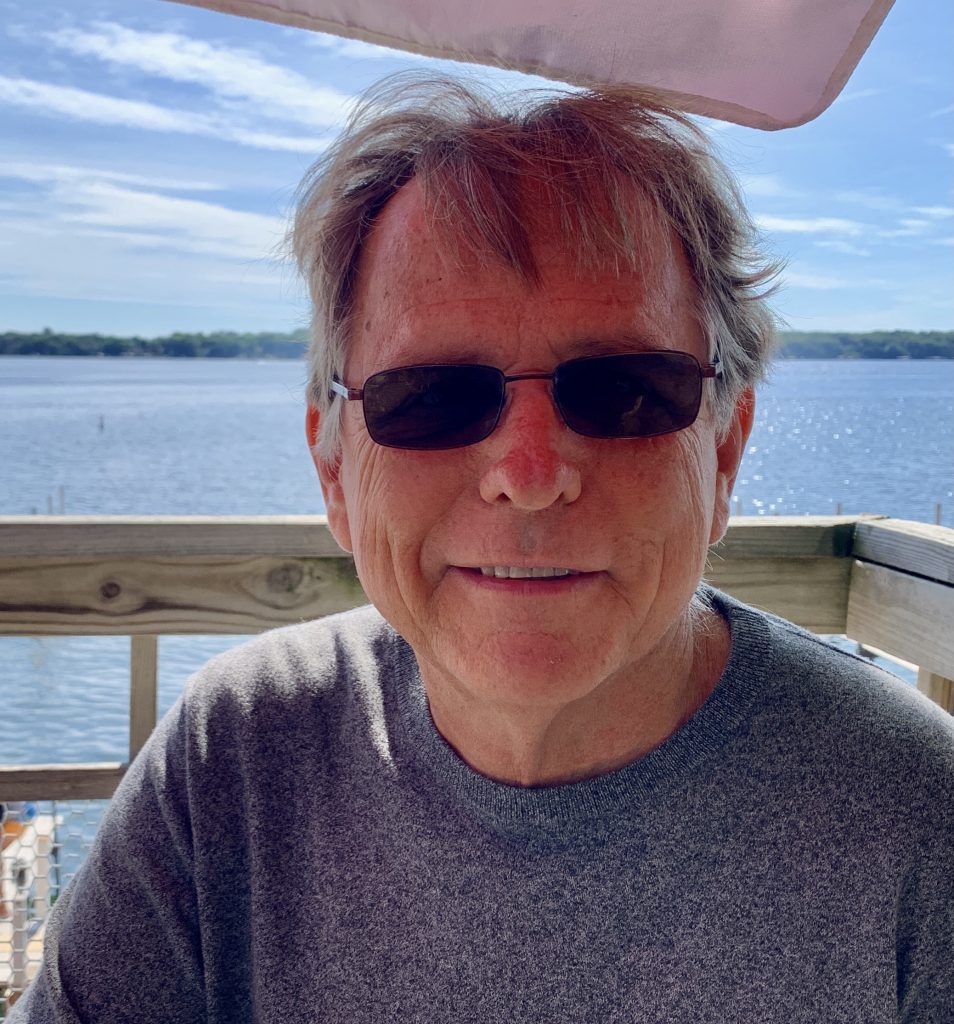 CASS: When did your passion for performance begin?

DAVID: I have played music since I was four years old. I started on violin. I played in a lot of school orchestras and studied with my grandfather and basically became a fairly competent “legit” musician by the time I was 10 or 11 years old. At my father’s urging, I picked up electric bass at age 14 and really loved emulating the sounds of Chris Squire and Jack Cassidy. One memory stands out as far as having an actual passion for playing music. I had snuck into a bar when I was 17 years old in my hometown of Oxford, Ohio. The bar was Mack and Joe’s. The band playing there that night was called Jive Soup.  It was made up of students from Miami University that played jazz. I distinctly remember the keyboard player playing a minor nine chord on the Fender Rhodes. At that time, I didn’t know it was a minor nine chord, but the sound of it stopped me in my tracks. I had never heard anything so beautiful nor so moving in my life. That sound created a passion to pursue music such as fusion, jazz, and rock and for me, it opened the doors to electronic sounds, in this case, the Fender Rhodes through a good amp.

In some ways, I’ve been pursuing that beautiful sound my entire life with whatever instrument I play. On this current tour, I have created a complete revision of my bass sound, in part to explore new sonic possibilities and in part to echo the work of bassists like Phil Lesh, Jack Cassidy, and Berry Oakley’s explorations of what an electric bass can do. At the core of music is the sound of it. Not the marketing, not money, not fame, none of that. The sound of it. And that is what motivates me.

C: What was the first venue A Brother’s Revival performed at?

D: The very first gig that we played was at a small bar on Panama City Beach. I think it was called Hanger 57. That gig was a dress rehearsal for a gig at Madlife in Woodstock, Georgia. That was our first concert, and they did a live video shoot while we played. It was one of the very first gigs and it’s also one of the best documented.

C: What was your favorite venue to perform at?

D: That is a surprisingly interesting question. I’ve been playing music for 60 years in one form or another. I’ve played in many venues. While I can’t remember them all, there have been many that have been memorable. For instance, playing Red Rocks with the Allman Brothers and Lynyrd Skynyrd comes to mind. But was it a favorite? Sure why not?

However, there is something interesting about the entertainment business. Once you go through all the travels and rehearsals and the motels and the sound-checks, At the end of the day you’re standing on the stage ready to play your show. And once you are there, every stage is the same. We and our audience suspend reality for a few hours and go on a musical journey together. If we do a good job we wake up at the end and look around and say oh wow look where we are! What just happened?

If we take the audience to that point, then that is my favorite gig.

C: What is your favorite Allman Brothers Band song to play and why?

D: There are so many great songs. Over the last 15 years or so I’ve been playing a lot of classical music with various orchestras in the North Florida area. When we put A Brother’s Revival together, as the Music Director I had to do quite a bit of deep research into the actual compositions of the Allman Brothers Band. In my opinion, they rate favorably to any of the classical compositions that I played over the last 15 years. The bold themes, the scorching beauty of the melodies, the interesting use of harmony and modulation… the Allman Brothers music holds up to any analysis and has the wonderful attribute of thrilling people who listen to it. One of the main musicians that come to mind that embody all these things is Beethoven. In my mind, there’s some equivalency between the Allman Brothers Band and the compositions of Beethoven. And that actually makes every song my favorite to play.

C: What is one of your most memorable moments while performing?

D: The first thought that comes to mind that on one of my birthdays I play the bass in the Allman Brothers Band. At the end of the solo, when I was totally engrossed in working with the audience, in my base the stage manager came up and hit me in the face with a pie! It was my birthday I forgot that was a tradition and I left myself completely vulnerable. It was pretty funny though and I certainly remember it!

C: How has COVID-19 affected your band and the performance atmosphere?

D: Who would’ve thought there be a global pandemic? The band had just come off a showcase in New York and we’re ready to book gigs. I recall on March 14 of 2020 I had a piece of music called web dance premiered with the Panama City Pops Orchestra. The next day everything shut down. A Brother’s Revival did not play again for 14 months. I’m sure for mini the pandemic was a mix of bad and good. The bad part is obvious however the good is not as obvious. I spent a large amount of time writing and recording music and actually discovered Astrophotography during the time when touring was just not available. Much to the crowd of my fellow bandmates we stayed in touch and always share the dream that we will be back our play again. The last two months that has come true and it is a wonderful feeling to play with such talented musicians performing such great music.

C: Why is music important?

D: Why is music important to me? I might be able to take a stab at that. Since I was born music was always in my environment. My father had classical music on the radio 24 hours a day. I turned four and dad handed me a violin. It wasn’t a question. In our family that’s just what happened. And of course, I had to practice. That wasn’t a question either. I didn’t like it at the time but now I couldn’t be thankful enough for the discipline and opportunity that that gave me. Later, playing with Bill Bartlett and recording the song Black Betty, later released by Ram Jam set the stage for my working with Dickey Betts and the Allman Brothers Band. And once I played in the Allman Brothers Band, although I didn’t know it, my life would take a different path entirely. Looking back, I’ve had a fascinating life and music has been at the center of it the entire time. So, I guess that’s why music is important to me. In some way, at every turn, it has been my life

C: What are you looking forward to the most for the June 25th performance at the Egyptian?

D: The whole band is looking forward to rockin’ the house. We really believe in the show, and we will do our best to make it the best damn version of the Allman Brothers music we are capable of doing.

C: Do you have any advice for musicians who are nervous to perform for a live audience?

D: It’s no fun to be nervous in any situation. The way to combat being nervous in performance is to be extremely prepared. Practice your music. Practice your entrance on stage. Practice what you’re going to say. Practice your exit. Have spare equipment. Work with your equipment enough to feel connected to it. There’s no level of immersion that is too much. Once you’ve done that, if you are still nervous, just tell yourself you’ve done everything you can do. Then go on stage and play your heart out.