Backstage at the Egyptian: An Interview with Jessica Antonacci from the DeKalb Chamber of Commerce

Jessica Antonacci works for the DeKalb Chamber of Commerce located in downtown DeKalb, IL. She works as the Events Manager for the Chamber. This weeks Backstage at the Egyptian features Jessica discussing the upcoming Spooktacular Event in Downtown DeKalb which the Egyptian Theatre participates in. 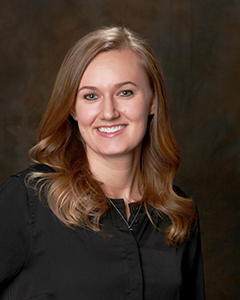 Brandon: Has the Chamber of Commerce sponsored the Spooktacular Event in the past?

Brandon: What events, outside of Trick-or-Treat, will be available the day of the event?

Jessica:  Aside from trick-or-treating at over 30 Downtown DeKalb businesses the Egyptian Theatre will be hosting a FREE showing of Hocus Pocus at 11:30 am. It’s the perfect way to kick off Halloween with a kid friendly Halloween classic then head downtown to collect candy. During the Spooktacular event there is also a craft at the Creepy Craft Shack (aka The House Café). The craft is always quick, simple, and mess-free so it’s a great activity to break up the trick-or-treating!

Brandon: How many events does the Chamber sponsor each year?

Jessica: The DeKalb Chamber organizes many events over each year including but not limited to: Memorial Day Parade, Breakfast with the Bunny, DeKalb Farmers’ Market, Spooktacular, Hollydays Shopping Event, Santa Comes to Town, Carriage Rides & Visits with Santa, DeKalb Chamber Annual Dinner, State of the City, DeKalb and Sycamore Chambers Business Community Expo, and many more!

Brandon: Do you personally have any memories of attending events at the theatre in the past?

Jessica: I have many memories related to the Egyptian Theatre. I grew up in DeKalb and went to Little John Elementary School where we held our annual Spring Sing there; I’ve also attended many shows and films over the years as well. Now in my role as the Events Manager at the DeKalb Chamber I’ve worked with Alex Nerad (Egyptian Theatre Executive Director) on many events including Spooktacular, but also playing the host to caroling, cookies, and cocoa before welcoming Santa into Town the first Thursday in December, Live Lunch Music Series during the Farmers’ Markets, Breakfast with the Bunny Film Hop, and many Chamber events such as the Candidates Night, Leadership Academy, etc. The Egyptian Theatre plays such a big role in our community and I’m sure many residents have similar positive memories as I do!

Brandon: If you could be in any Halloween movie, which would it be and why?

Jessica: If I could be in any Halloween movie it would be Hocus Pocus; and that’s not because there is a FREE showing at the Egyptian Theatre this year! Hocus Pocus was the first “scary” movie I saw when my Aunt took me against the orders of my Mom. I was a little scared of the movie then but over the years it has become my absolute favorite and I watch it multiple times during the Halloween season.

Brandon:  Have you ever had the opportunity to perform live? If so, what? What is one talent that you wish you had?

Jessica: Besides singing as a group in the Little John Spring Sing, I have never had the desire, or more so ability, to perform live! If I could choose one talent to have I would choose the ability to sing. My Grandma is the vocalist in my family and the talent was definitely not passed down to me!